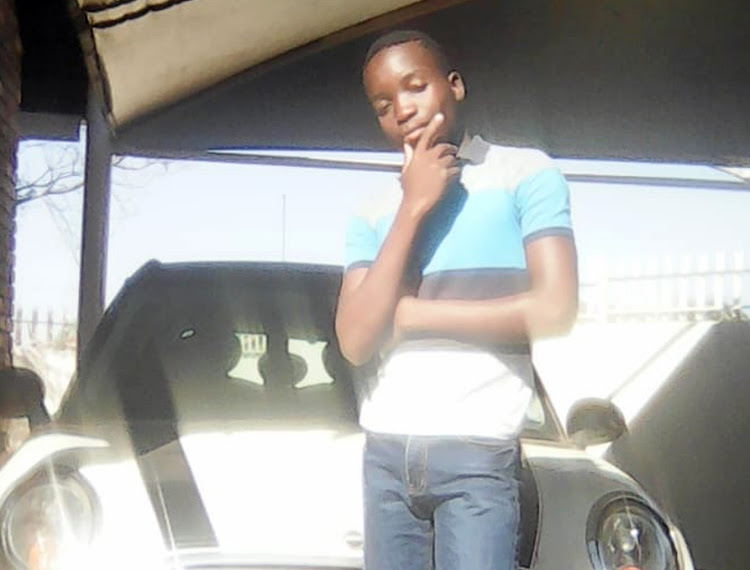 An 18-year-old boy died after he was allegedly shot by a farmer who suspected him of stealing his litchis.

Anele Ziko, who was a grade 11 learner at Luvunywa high school in Langeloop village outside Malelane, Mpumalanga, was shot at the back on Thursday, allegedly by Sarel du Plessis, 45, who owns a farm near the village.

According to the victim’s mother Flora Khoza, her son went to the farm to look for part-time job as schools are closed. He was with his friends.

“We are poor here at home and we don’t have money to spend on Christmas, so as the norm when schools are closed our children in this village go to the farms to look for piece (temporary) jobs to get money for their clothes and whatever they want for Christmas.

“But this time my son was shot dead just for going near the farm looking for a job. It’s hard to bear the pain,” Khoza said. She said Anele was with two friends when he was shot.

The family Matlhomola Mosweu are devastated after hearing that his killers want to spend the festive season outside jail.
News
3 years ago

“I was called to the clinic where I found him dead with a bullet wound in his back.”

Tonga police spokesperson Constable Magonseni Nkosi said they were investigating a murder case and assault with intent to do grievous bodily harm against the farmer.

“What we got is that the farmer shot a number of rounds towards the three children and hit Ziko in the back.

“One of the children managed to run away and one stopped and was assaulted by the farmer. Ziko died at the local clinic while the other one was treated for assault injuries,” Nkosi said.

The accused handed himself over to the police with his lawyer on Monday. He is in custody awaiting his bail application, Nkosi said.

He said the farmer told the police that the boys were coming to steal his litchis.

“He said the victims were there to steal his litchis hence the shooting,” Nkosi said.

EFF Mpumalanga chairperson Collen Sedibe condemned the incident and threatened to chase away the farmer from the area.

“We can’t have a white man farming in a land that was supposed to be owned by the villagers and then shoot their children when they are looking for jobs. We are going to fill the court and we want him to rot in jail,” Sedibe said.

Community member Senzo Shongwe said they were scared to live next to the farm and called on the farmer to leave.

“Last year he shot a person who was [also] looking for a job. This place is close to us and when you go to look for jobs on other farms you pass his farm. So this is scary for us, we want this man out of this area,” Shongwe said.