Families accuse ZZ2 farmer of flattening graves of their kin 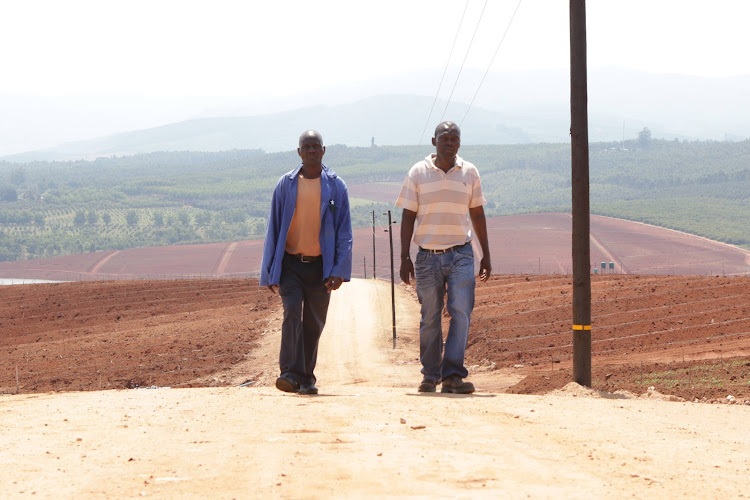 Family members who accuse a vegetable farmer in Modjadjiskloof of disregarding their culture.
Image: JOE MAKHUSHU

Fresh produce company, ZZ2, has been accused of destroying more than 80 graves to make way for an avocado farm.

Families said the company, whose farmlands are spread out in Modjadjiskloof Valley near Tzaneen in Limpopo, flattened 85 tombs three months ago.

They also complained of being barred from the site when they wanted to conduct traditional rituals.

At least three families claimed attempts to be on the farm for rituals were repeatedly shot down.

Over the past years the relatives said they used to conduct rituals annually on the site until they were locked out of the farm.

The families, who were forcefully removed from the land over 50 years ago, said planting of crops was under way at the plot.

Maite Matsepane, 113, whose father was buried on the farm and who is also one of the traditional leaders under Chief Maupa, said the destruction of the graves had caused serious harm to her family.

“Since we left the farm in the 1960s, we have been visiting the graves as part of our religion to liaise with our ancestors. Three months ago, I was told that I can’t gain access anymore because they are working on the land,” she said.

Matsepane said since the destruction of the graves the well being of the family was affected as they were forced to break from their long-held tradition of visiting the graves.

“Strange things happen to my family because ZZ2 has enraged my ancestors. And I have nightmares lately as a sign that my parents are not resting in peace,” she said, as she sat under the shade in her shack in GaRapitsi village near GaKgapane.

“He has offended us and we demand that he should be taught a lesson. We have [lost] our shrine,” she said.

South Africa recruited more than 15,000 Mozambican migrant labourers in the first semester of 2010, the Mozambican labour ministry said on Wednesday. ...
Business
11 years ago

However, farm owner Philemon van Zyl told Sowetan that he was not aware of any damaged graves on the farm.

“These people who say they have family graves didn’t even talk to me, they went to Economic Freedom Fighters guys.

Here at ZZ2 we do things according to the law,” he said.

Van Zyl said he only knew of few graves that were marked.

He said he would meet concerned family members next week for a discussion regarding the graves.

Van Zyl said he was aware of the land claim.

“Every farm in the country is under land claim but we can’t stop working,” he said.

“You can’t destroy 85 graves and think life should continue like nothing happened.”

An official from EFF said the families had not reported the matter to the police but their meeting next week with Van Zyl would determine their next move.

Greater Letaba mayor Peter Matlou said he was not aware of the matter.