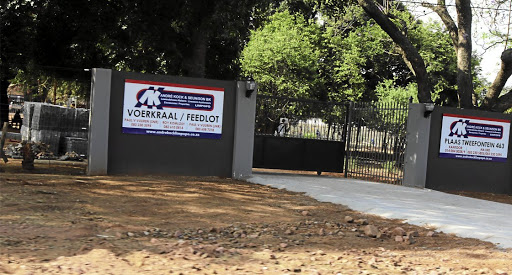 Andre Kock and Seun/Son BK farm where Paulus Swele, 64, claimed that his children's graves had been destroyed by the farmer in Bela Bela, Limpopo.
Image: Antonio Muchave

An elderly man has accused a farm owner of desecrating his family marked graves for cattle grazing.

Paul Swele, 64, from Bela Bela, Limpopo, and former farmworker, said his plea with the farmer owner to allow him to mark the graves again had been ignored.

"I buried my two children Jan and Sinah, and granddaughter, Lydia. All of them died when they were a year old.

"When we left the farm in 2007, after it was sold, I marked the graves with bricks so that I could regularly visit and pay respect," he said.

Swele, from Leseding township, said he had not visited the graves for the past three years, but always took a glance at the site whenever he passed by the road.

"I was shocked last month when I saw a portion of the land where my children are sleeping [buried] cleared with a grader.

"When I confronted the farmer, he told me he didn't know that there were graves on the site, and I should produce proof. I insisted that I knew where I had buried my children," he said.

Swele said the farmer has demanded that he applies for the exhumation of the bodies.

"He told me this is his farm and nobody will enter his property without permission. He told me I should report the matter to the police," he said.

Swele said he has since reported the matter to the police.

Police spokesperson Brigadier Motlafela Mojapelo said a case of violation of graves was being investigated.

Swele said all he requires was to have his children's graves marked, and not tampered with. 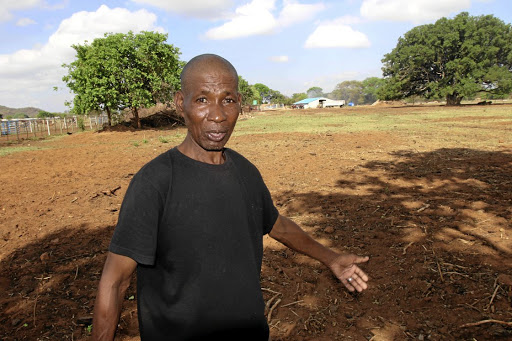 Paulus Swele, 64, points to where his children were buried, with grave markings allegedly destroyed by the farmer.
Image: Antonio Muchave

Swele's nephew, Stemmer Mallela, said the family wanted the court to rule on the matter.

"We are waiting for the police's investigation because the farmer has violated our graves which were marked for everyone to see. My uncle had tried to speak to the farmer before he cleared the area, but was refused entry into the farm," Mallela said.

Swele said he and his family moved to the farm in 1980, but in 2007 they were evicted without receiving payments for their long service.

When Sowetan visited the cattle farm, the graves had been cleared.

Farm owner Paul Vuuren said he was not even there when the farm was cleared.

"We hired some guy to remove the grass because it was harmful to the cattle.

"The man who cleared said he didn't see anything. Swele came to the farm and said he has his family graves here. The next day he came with the police and his family members accusing me of destroying their graves."

Vuuren said he was willing to help the family, but this had become a police matter.

"First we need to be sure if there are indeed graves there, then I could assist in marking the graves and erecting tombstones," he said.