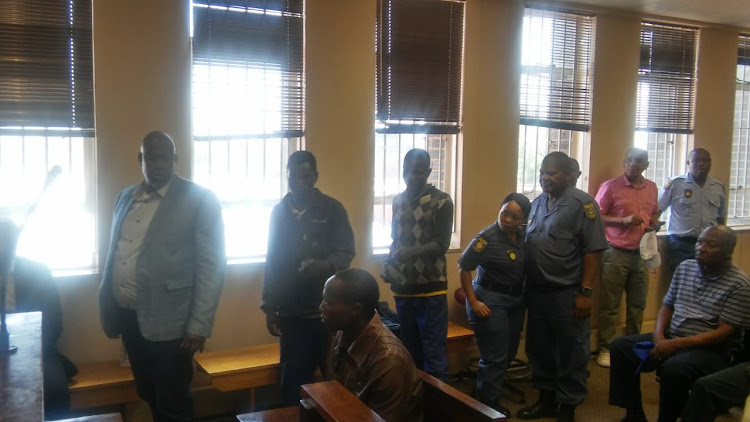 Mangena appeared with Morena Maqoaelane, William Kazipata and Kennedy Tsogolane who were also taken into custody on Wednesday after the Hawks, crime intelligence and the anti-gang unit staged a massive raid on a mandrax-manufacturing plant in a plot owned by the soccer legend in Hillside, Randfontein.

Mangena, who is accused number one, remains in custody at the Randfontein police station for medical reasons while his co-accused will be detained at a nearby correctional services facility.

Dressed in a blue jacket, white shirt and blue jeans the soccer legend, who also played for Moroka Swallows, stood quietly with his co-accused as the prosecutor told the court that the matter would be treated as a schedule five offence due to the high amount of drugs found during the raid.

The case was postponed to Monday for further investigations and a possible bail application.