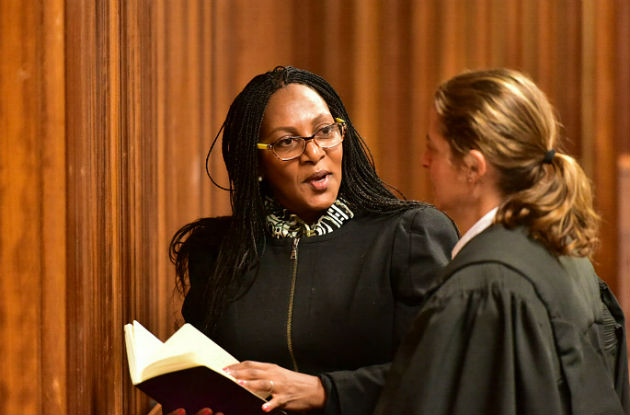 Andy Kawa has walked a long road to find some semblance of justice after she was raped for hours on the Port Elizabeth beachfront in 2010, but now she can begin to patch her life together after the Port Elizabeth High Court ruled on Thursday that police had handled her case negligently.

Acting judge Sarah Sephton found that the police should be held responsible for the trauma Kawa had experienced and that a portion of the damages claim must be paid to Kawa.

She found the police liable for 40% of damages proved.

Kawa, 51, said from her Johannesburg home that it had been a long and tough road to justice, but she was very happy with the outcome.

“You actually have to chase and fight for it [justice].

“This case is not only about me but about other victims of rape in similar positions where their cases are not properly investigated.

“The ruling sends a clear message to victims that their voices can be heard.”

Kawa said the judgment showed that police did not meet the standard requirements with regard to their duties to the public as enshrined in the constitution.

She said she felt a degree of closure in that she was heard and listened to by the courts.

“The first prize would be for the perpetrators to be caught.

“This case is not just for me but for others like me.”

She claimed police had failed in their duties when they did not find her when searching for her after they were alerted to her abandoned car in the Kings Beach parking lot.

Kawa had been abducted by an unknown assailant on December 9 2010 while walking along the beach.

She said she had been repeatedly raped in the bushes adjacent to the beach by more than one person, but was unable to say exactly how many as she had been blindfolded.

The following day she managed to escape her abductor and got the attention of joggers on the beachfront who assisted her and called the police.

In court papers, Kawa claimed that police had not conducted a thorough search for her, while the police claimed a foot and air search for her had yielded no results.

She also claimed sloppy police work had resulted in the police not arresting any suspects, which meant no convictions.

Her claim, totalling just over R5.8m, cited loss of income and past and future medical expenses, among others.

In her judgment, Sephton said: “SAPS’s negligent breach of its duties in regard to the failure to conduct a proper search and investigation makes the [police] liable for 40% of the damages that [Kawa] proves.

Sephton dismissed the claims against Koll, Solomon and Madubedube in their personal capacities.

Sephton said there was little doubt that Kawa had suffered significant trauma and that police blunders in their actions to find her and investigate properly had caused harm.

She found that these errors were closely linked to the harm suffered by Kawa.

What was meant to be a few minutes' stroll on a Port Elizabeth beach before catching a plane back to Johannesburg brought businesswoman Andy Kawa to ...
News
6 years ago

Police claimed that on the night of December 9 2010 officers were deployed to the Kings Beach parking area at around 11.30pm, but Sephton found that by the time the police K9 search-and-rescue unit arrived, officers on the scene had not conducted even a cursory search for Kawa.

Sephton found that the explanation given by dog handler Warrant Officer Etienne Gerber was plausible but demonstrated shortcomings in the manner in which he had undertaken his search.

An air search was also undertaken by police at 1.45am, which lasted only 20 minutes, which further illustrated shortcomings on behalf of the police, Sephton said.

“I accept the evidence of the police. They made significant concessions about the shortcomings in their search, against their own interests.”

Septhon also ordered that the police pay all the costs incurred during the case.