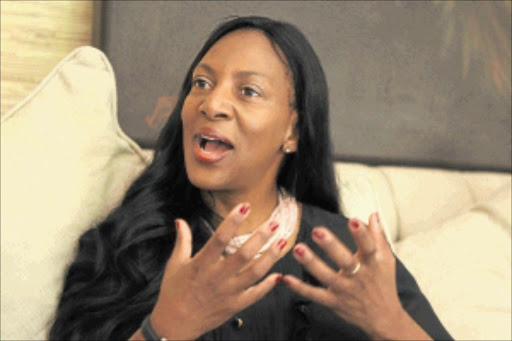 FROM the moment she was raped, businesswoman and mother Andy Kawa was determined not to be silenced.

Kawa was raped on December 15 2010 while taking a stroll on Summerstrand beach in Port Elizabeth.

Kawa had landed in Port Elizabeth earlier in the day and decided to take a stroll before heading for the airport to depart to Johannesburg. "As I was walking along the shoreline, one of the perpetrators approached me. He took out a knife and told me if I screamed he would kill me.

"This maniac gave me a choice . he said he would either kill me or shove me in the water if I did not go with him."

To save her life, Kawa chose to go with him. He led her to the bushes, blindfolded her and raped her throughout the night. As she was blindfolded, Kawa did not know for sure how many people were involved in her ordeal. But she later found out that about five men were involved.

She said she begun bargaining with her rapist in order to stay alive, and by the next morning he had deluded himself into thinking they were in a relationship.

"He spoke to me like he was my boyfriend and told me to go to the showers by the beach to bath, and which areas to avoid so the bush-dwellers there won't rape me," Kawa said.

When she was able to leave early the next morning, she went straight to the police station. After reporting the rape, Kawa was examined at the hospital and started an anti-retroviral programme to prevent her from contracting HIV.

No one has been convicted of the rape.

Kawa, who has been receiving counselling since the rape, said she was determined to speak out against rape.

She started the organisation Kwanele Enuf to break the silence about abuse.

One of the events she staged was a march in Port Elizabeth, starting from the beach where she was raped to the police station where she reported the crime.

Today, Kawa will be attending various awareness campaign events taking place in Gauteng in an effort by One Billion Rising to stand up against violence on women and children. One Billion Rising is a global campaign by women, for women. The movement calls for an end to violence, and for justice and gender equality.