Mashaba in trouble with Human Rights Commission over ebola claim 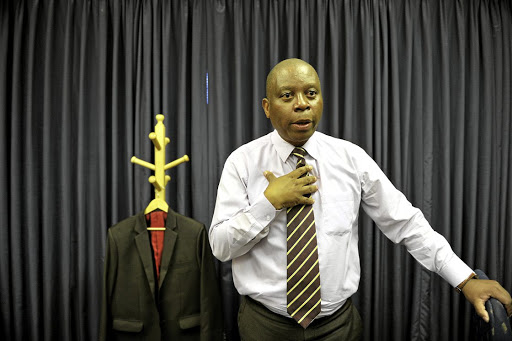 Rights body is gunning for Herman Mashaba over his controversial comments about ebola.

Mashaba yesterday apologised for his "insensitive" comments following his "citizen's arrest" of an undocumented foreign national transporting cow heads in a trolley in the Johannesburg CBD.

On Monday, Mashaba faced a backlash for tweeting about his citizen's arrest.

In response to the outcry by Twitter users, the mayor then tweeted: "We are [not] going to sit back and allow people like you to bring us ebolas in the name of small business. Health of our people first..."

Herman Mashaba has apologised for his comments following a citizen’s arrest of a man transporting cow heads.
News
3 years ago

The EFF in Johannesburg criticised the mayor and demanded an apology for his "alien attitude towards small entrepreneurs".

Yesterday, Mashaba described his comments as a "mistake" and apologised unreservedly.

"I also apologise for what has appeared to be insensitivity towards the plight of informal traders in our city, attempting to earn a living," Mashaba said in a statement.

But the SA Human Rights Commission (SAHRC) is not swayed and would be looking into the comments he made which could be regarded as a violation of the constitution.

It was not the first time Mashaba had caused a stir with his comments particularly directed at foreign nationals.

I have just personally stopped this illegally act in our city. How do we allow meat trading like this? I am waiting for @AsktheChiefJMPD to come and attend before we experience a breakdown of unknown diseases in our @CityofJoburgZA pic.twitter.com/55YjLkBvZb

We are going to sit back and allow people like you to bring us Ebolas in the name of small business. Health of our people first. Our health facilities are already stretched to the limit https://t.co/rbPFqlpy1K

Last year, he demanded a crackdown on illegal immigrants in Johannesburg, and also blaming them of criminal activity in the inner city.

He previously claimed that 80% of inner city residents were undocumented foreigners, and called on the home affairs to speed up its documenting processes.

"Whether the mayor issued an apology or not, I think the right thing to do is to sit down and to talk him through our concerns so that he knows that whenever he makes a statement he should stop and think," said Makwetla yesterday.

Makwetla said by saying he fears people will bring ebola, Mashaba's comments bordered on xenophobia as the outbreak is not present in the country.

"When we come across leaders who make statements which may border on xenophobic statements, which don't even have facts to support them then we need to be careful.

"So we will call Mr Mashaba as a leader so that we can talk to him," added the SAHRC commissioner.