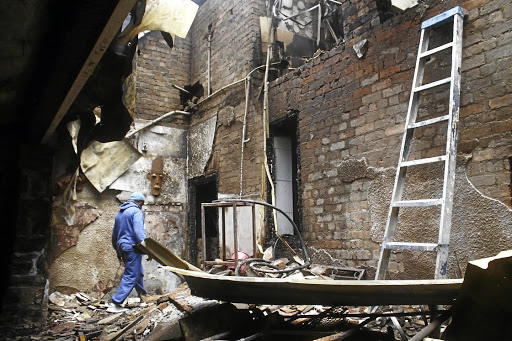 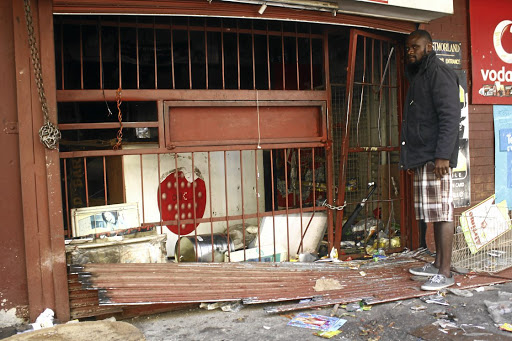 Tension lurks in the streets of Hillbrow in Johannesburg as residents continue to clash over drug activities in the area.

At the weekend residents allegedly attacked Nigerian nationals who are accused of selling drugs.

They burnt their properties and looted shops on Sunday night.

Two weeks ago the community chased away alleged drug dealers, raided flats and confiscated drugs that were later handed to MEC for community safety Sizakele Nkosi-Malobane

Frank Madu's bar on Fife Road was burnt down by a mob that arrived in the area at about 11pm on Sunday.

"I was here earlier that night and I saw a group of people demonstrating in the street. I closed the business early because of that. At about 11pm I received a call from my security guys who told me that people were breaking everything," he said. "Everybody including my tenants ran away. I have been operating this business for 20 years and I do not have any problem with the community."

Madu said the estimated damage at the bar was about R2m.

Business goes on for drug dealers in Hillbrow more than a week after vigilante residents chased them and their customers away; but it is far from ...
News
3 years ago

Dozens of residents of Hillbrow, in Johannesburg, have taken a stand against drugs in the area, raiding buildings and attacking alleged drug dealers.
News
3 years ago

"They stole everything and burnt the place down. I had eight TVs, R200000 in liquor stock. I had just renovated the ceiling, my machines, computers and all the furniture was burnt," he said.

Madu said no one had complained to him about drugs in his business before.

"I don't know what to do. I have 15 employees, who is going to pay their salaries? I don't know where to start. This is xenophobia. If they are fighting drugs they must go after those people," he said.

Madu has reported the incident to the police.

Anthony Oyakor who owns White Spice shop with his brother said he believed the attacks where xenophobic. His shop was looted and vandalised.

"People were assaulted, it got worse at night. They started breaking shops at 10pm. This thing is not a drug issue. It is pure looting and xenophobic attacks. We are not safe. Two of our brothers are in a coma in hospital. We are crying out for help."

Oyakor said the shop had been operating since 1997.

Police spokesperson Captain Mavela Masondo said they were investigating cases of public violence and malicious damage to property. He said no one was arrested for the attacks.