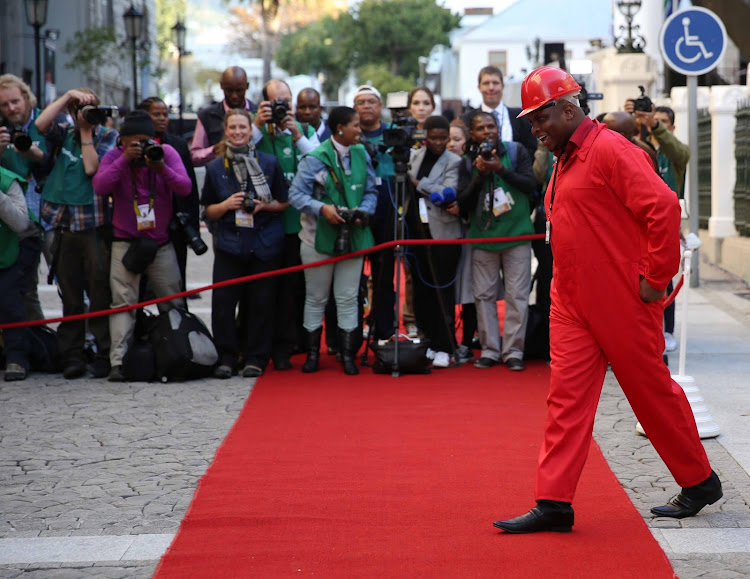 Former president Jacob Zuma‚ the Passenger Rail Agency of SA (Prasa) and Floyd Shivambu’s brother have been implicated in a forensic report on the failure of VBS Mutual Bank‚ which was released on Wednesday.

The forensic report compiled by advocate Terry Motau and Werksmans Attorneys goes into detail about how the bank heist occurred and lists a number of former executives of VBS and its largest shareholder‚ Vele Investments‚ that were the perpetrators and beneficiaries of the crime.

But included in the 146-page document is testimony from VBS CEO Andile Ramavhunga‚ who was asked whether a commission of R1.5m had been paid to a group of South African Transport and Allied Workers Union (Satawu) officials to solicit a R1bn deposit from Prasa.

Ramavhunga replies: “It could have been … I know for a fact that we were asked to put money into the Dudu Myeni Foundation.” He further stated that the request for the donation surfaced at the same time they were soliciting the deposit from Prasa.

The investigators concluded Ramavhunga meant to refer to the Jacob G Zuma Foundation‚ of which Myeni is the chair.

But one of the largest benefactors of the largesse distributed by VBS in its attempts to secure deposits‚ appears to have been Brian Shivambu‚ the brother of EFF deputy president Floyd Shivambu.

Brian Shivambu received R16.1m from “gratuitous payments” flowing from VBS Mutual Bank. At the time of writing‚ the EFF and Floyd Shivambu had not responded to requests for comment.

In March‚ the EFF lambasted the Treasury for putting VBS under curatorship and said the bank was being victimised because it had given Zuma a loan to pay for the nonsecurity upgrades to his Nkandla home.

The EFF has recently backed dubious characters such as suspended SA Revenue Service boss Tom Moyane‚ controversial Transnet CEO Siyabonga Gama as well as the embattled leadership of VBS — this‚ while the party called for the head of former finance minister Nhlanhla Nene in relation to his state capture inquiry testimony and his interaction with the Guptas‚ as well as his involvement in the PIC.

Parliament has urged the Hawks to investigate the alleged corruption at VBS Bank.
News
3 years ago

Nene resigned on Tuesday after asking President Cyril Ramaphosa to relieve him of his duties. Ramaphosa has since appointed former SA Reserve Bank governor Tito Mboweni as the new finance minister.

On Wednesday‚ the DA called on Mboweni to take swift action against those implicated in the VBS report. Co-operative governance spokesperson Kevin Mileham said the report implied that there were more people involved than originally thought‚ which included politicians and officials.

"The DA … calls on the newly appointed minister of finance‚ Tito Mboweni‚ to move swiftly with authorities to take action against all those implicated‚ especially the politicians and those close to politicians‚ such as Brian Shivambu‚ brother of the EFF’s Floyd Shivambu‚ who is implicated in the scandal‚" Mileham said.

"It is no surprise why the EFF has been vocal about defending the corruption that took place at VBS‚ which saw many South Africans in danger of losing their hard-earned money and municipal funds wasted."

UDM president Bantu Holomisa called on Ramaphosa to immediately appoint a task team to ensure that those implicated in the report were held responsible. He said all those individuals must be “brought under the search light"‚ especially those who were employed by the PIC.

"The PIC seems to be sinking deeper and deeper in the quagmire of corruption‚" Holomisa said. "The UDM wants to see these people charged‚ and the Asset Forfeiture Unit must not dilly dally and get to work."

He said the VBS report would remain a piece of paper until Ramaphosa took direct and urgent action.