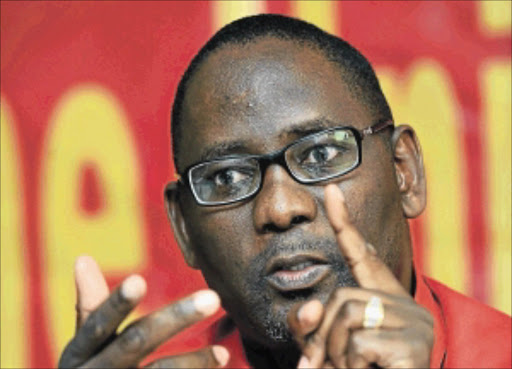 The Liberated Metalworkers Union of South Africa (LIMUSA) said on Friday that it condemned any form of sexual harassment and sexual abuse on women.

The union was commenting in the wake of a report in The Sowetan that South African Federation of Trade Unions (Saftu) general secretary Zwelinzima Vavi was facing claims of sexually assaulting a woman in the workplace.

Vavi has downplayed the report and said the allegation was made last year and that due process was followed. Vavi said it was accepted by all parties that there had been a complete misunderstanding and the matter was put to rest.

“It has become common practice in our society that men who occupy positions of power are always protected after committing such disgraceful acts which reduces women to being sub-humans‚” Limusa spokesperson Dloze Matooane said in a statement.

Matooane said it was disheartening that all these women who had complained about victimisation by the alleged perpetrator suffered from such evil acts in places which‚ in reality‚ should protect workers and champion their interests.

“We will make it our duty to protect women in our society. We therefore appeal to the (conscience) of Saftu members to not allow those who claim to be powerful to get away with victimising women.

“We will observe all events surrounding this matter and shall not allow further victimisation of the cleaner who came to work to be victimised‚” Matooane said.

Zwelinzima Vavi is allegedly caught up in a new sex scandal involving an employee.
News
2 years ago
Next Article