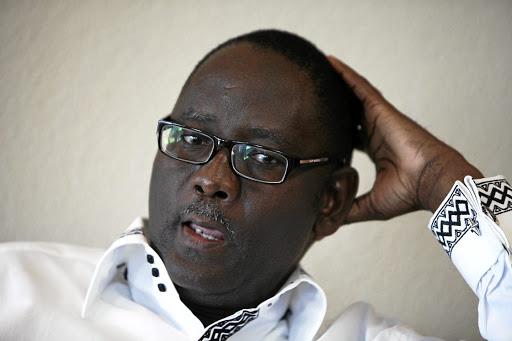 Zwelinzima Vavi says the situation was a complete misunderstanding and laid to rest.
Image: JAMES OATWAY

Trade union leader Zwelinzima Vavi is allegedly caught up in a new sex scandal involving an employee which resulted in him getting a warning.

Sowetan has been reliably informed that a cleaner who worked for the National Union of Metalworkers of SA (Numsa) filed a sexual harassment complaint against Vavi after his alleged conduct caused her stress.

Numsa is an affiliate of the South African Federation of Trade Unions (Saftu), of which Vavi is the general secretary.

The complaint filed in September last year led to an informal inquiry against Vavi.

Vavi was slapped with a caution and he had to apologise to the complainant.

According to the source who preferred to remain anonymous, the cleaner, who started working for the Numsa eight years ago, complained that Vavi would arrive at the office early in the morning and allegedly asked her to massage his legs and feet.

One Tuesday, Vavi called the cleaner and asked her to make tea for him. Vavi then got up from his chair and allegedly asked to kiss her.

The cleaner, the source said, told Vavi that she did not like what he was doing.

On a Friday, apparently of the same week, after the cleaner gave Vavi his tea and asked to leave work early as her granddaughter was in hospital, it is alleged that he told her to lie down so that he could massage her. Vavi is then alleged to have touched her neck and back and told her she was stressed.

The cleaner alleged that Vavi also touched her breast earlier last year and asked her if he was going to get it.

The source also said Vavi had started asking the cleaner for kisses, requests which the cleaner apparently ignored though they allegedly got out of hand.

The South African Federation of Trade Unions (Saftu) on Monday called for decisive action to end violence against women and children. “Women and ...
News
4 years ago

After she complained to the caretaker of the building, she was allegedly called in by Saftu officials and asked if she did not want to work at their offices on a full-time basis.

The cleaner responded that she was not feeling comfortable working there.

But it is not clear whether the cleaner was a full-time employee at Numsa.

The source said when a meeting was set up by Saftu officials on September 8 to give Vavi an opportunity to respond to the allegations, Vavi said he was shocked.

He added that Vavi said the cleaner came to his office and told him she had a headache and wanted to go home.

"Vavi then told her to sleep for a while and then she could leave later."

According to the source, Vavi said he hugged all comrades and that there was nothing untoward about it as that was how he greeted comrades.

Vavi apparently told the officials he was not aware the cleaner was uncomfortable with his conduct because she had never complained about it.

Vavi, the source added, then told the officials at the meeting that he was sorry if the cleaner felt that he made her uncomfortable and unhappy.

The cleaner and Vavi met and he again explained his version of events, which were confirmed by the cleaner, according to the source.

"Though the cleaner was uncomfortable with Vavi's behaviour, she was scared to tell him about her feeling."

Vavi, according to the source, once again apologised to the cleaner and said he never intended to do her any harm and that he was trying to help her

A further meeting was held with Vavi in which he was cautioned on his interaction with comrades and workers because not all of them respond the same in the manner they are greeted and interacted with them due to culture and religion.

Vavi allegedly gave the union officials an assurance that he would be more careful on how he interacts in future.

Responding to Sowetan questions via a text message last night, Vavi said: "That allegation is rejected as false. Interestingly, it was made last year and a due process was undertaken! At the end it was accepted by all parties that there has been a complete misunderstanding and the matter was accordingly put to rest. Interestingly, it's been resuscitated now for obvious reasons."

Vavi is not new to sex scandals. In 2013, Vavi , admitted to having unprotected sex with a married junior employee who accused him of rape. Vavi was general-secretary of Cosatu at that time. The charges were later withdrawn.