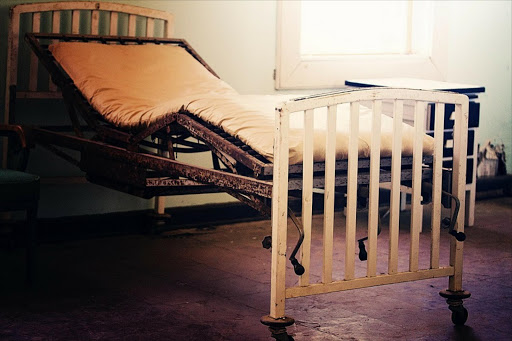 Confidential patient files‚ hospital gowns and medical waste have been found scattered around the old De Aar Hospital as thieves dismantle the facility “brick by brick” in the Northern Cape.

The hospital‚ which was replaced with a new facility‚ was found in a “terrible state” during an oversight visit last week by councillors and a representative of the ratepayers’ association.

“We discovered confidential patient files and x-rays scattered across the floors. Hundreds‚ if not thousands of packets of condoms‚ as well as medical supplies‚ hospital gowns and even medical waste‚ in the form of disused syringes‚ finger prick needles and drip bags‚ can be found abandoned in the old facility.

“Aside from what has been left behind‚ the building itself is in a terrible state. Not only has it been vandalized but it is also being carried away‚ bit by bit‚ with the roof already having been disassembled in certain parts.”

Fritz has called on health MEC Fufe Makatong to investigate and hold management accountable for the potential health risks and wasted resources left behind.

The department of roads and public works‚ as the custodian of state buildings‚ will be quizzed about why state property is being allowed to be torn down and purportedly neglected.