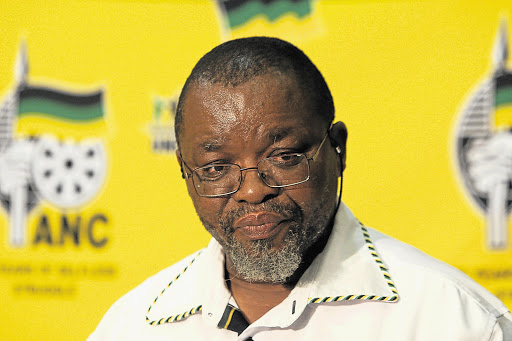 Mantashe, who was ANC secretary-general in 2016 when Luthuli House met several banking executives to enquire about their decision to shut down the controversial family's accounts, said the gatherings were "not hostile" and were merely for fact-finding.

Standard Bank's former head of compliance Ian Sinton told the state capture commission on Monday that senior executives at the bank were summoned to Luthuli House after the Guptas and former president Jacob Zuma's son Duduzane were given notice that their accounts were to be terminated.

But Mantashe and the ANC insist that there was nothing unbecoming about the meeting. Luthuli House last night even released a letter written to it by Standard Bank's chief executive Sim Tshabalala, thanking the party for the meeting.

In the letter Tshabalala wrote: "On behalf of Standard Bank I thank you and your colleagues for our cordial and constructive meeting at Luthuli House on 21 April 2016..."

Tshabalala goes on to summarise discussions of the meeting, stating that "you made it clear that the meeting was requested by the ANC not for the purpose of discussing Standard Bank's relationship with any particular customer(s)..."

Mantashe noted that the letter was different from the submission the bank made to the inquiry on Monday.

"The hostility that was captured in their submission today is different to the letter they sent after the meeting.

"I don't think the bank's submission to the inquiry is fair, I think it's influenced by the environment around the inquiry today," Mantashe said.

He said the ANC had met Standard Bank and several other financial institutions - with the exception of FNB - and that the meetings were never hostile.

Senior Standard Bank officials queried why Mzwanele Manyi was attending a meeting about the bank shutting down their accounts.
News
3 years ago
Next Article