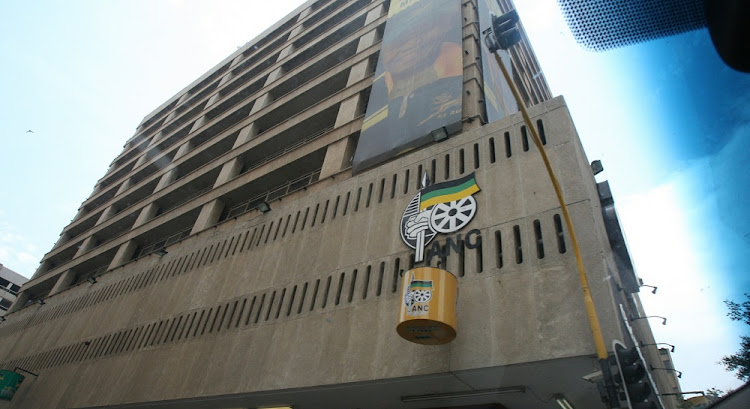 ANC is said to have summoned Standard Bank to its Luthuli House headquarters to explain closure of Gupta bank accounts.
Image: ANTONIO MUCHAVE

A senior Standard Bank official has claimed the bank’s CEO was “called to Luthuli House” to explain to the ANC why it had closed Gupta accounts - and he says he had never seen his boss that angry.

“We thought it inappropriate‚ but we nevertheless agreed to attend‚” Standard Bank’s Ian Sinton testified at the State Capture Inquiry on Monday morning.

At that meeting‚ he said‚ “we were asked to comment on the allegation that we were part of ‘white monopoly capital’ and the closing of the accounts was part of a campaign of ours to drive black people out of business in South Africa.

“We dealt with that in that meeting‚ but I asked who was responsible for this notion‚ on what basis did they come to the conclusion that they accused us of being part of this conspiracy? And they refused to give an answer to that question.”

Sinton said it was his understanding that then ANC Secretary General Gwede Mantashe had called the meeting between Standard Bank and the ANC. Standard Bank CEO Sim Tshabalala had attended it.

“We were asked to comment on the reports that we were taking instructions from people in Stellenbosch. We rejected those out of hand‚” Sinton said.

Sinton added that‚ during that meeting with the ANC‚ he had stressed that the bank was obliged to comply with the prescripts of the law.

Sinton said former Oakbay CEO Nazeem Howa confirmed he had asked the ANC to intervene after four banks severed ties with the Guptas. He said Howa said he had written to then president Jacob Zuma about these closed accounts.

Sinton has revealed how suspicious transactions – including the transfer of money meant for the Estina Dairy Project to Dubai and an attempt by Gupta-owned Oakbay to transfer a R1.4-billion mine rehabilitation trust to Bank of Baroda – had led to Standard Bank deciding to terminate the Gupta accounts. Sinton said Standard Bank did not believe the response given by the Guptas’ business associates as to why this had been done. They claimed it was because the Bank of Baroda “offered a better interest rate”.

“We were not satisfied with that answer because no one had inquired of us what interest rate we were actually paying on that account. So we didn’t believe the answer.”

He said Absa’s decision to sever ties with the Guptas in 2015 had put Standard Bank “on notice” about its relationship with the family’s businesses‚ and prompted Standard Bank to do its own investigations. Former mineral resources minister Mosebenzi Zwane – who at one stage claimed that Cabinet wanted to launch an inquiry into why major banks had closed Gupta accounts – has been formally notified of the latest evidence led before the commission.

Zwane‚ who was at the helm of an inter-ministerial committee which met with the banks over their decisions to terminate their Gupta accounts‚ is still considering if and how he will respond to the evidence given by bank officials.

On Monday morning‚ Sinton became the first bank official to take the stand before Deputy Chief Justice Raymond Zondo‚ and explained what had led Standard Bank to serve the Guptas with notice that they intended to close their accounts.

Sinton testified that the bank needed “to constantly be on our guard”‚ to ensure that it did not violate the law by being “willfully blind” to suspicious transactions. The consequences of such blindness could be “significant fines” or prison sentences‚ he said.

Zondo‚ responding to Sinton’s testimony that the bank would terminate the accounts of clients who it believed there was a strong case against‚ without seeking their side of the story‚ suggested this seemed “quite unfair”.

But Sinton replied that banks had the legal and contractual power to terminate accounts that they believed were “risky” to them – and this was backed up by specific case law.

Oakbay’s Howa‚ in a letter objecting to the conduct of the banks in closing the Guptas’ accounts‚ had himself acknowledged that any legal challenge to the closure of the accounts would be “stillborn” because of banks having this power to terminate.