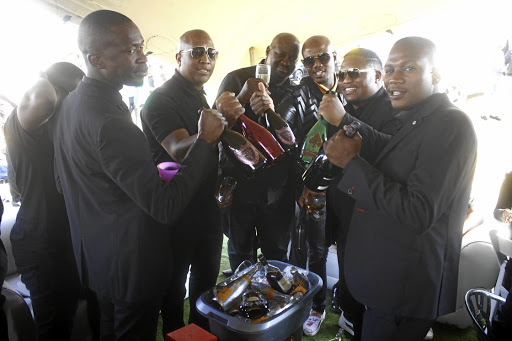 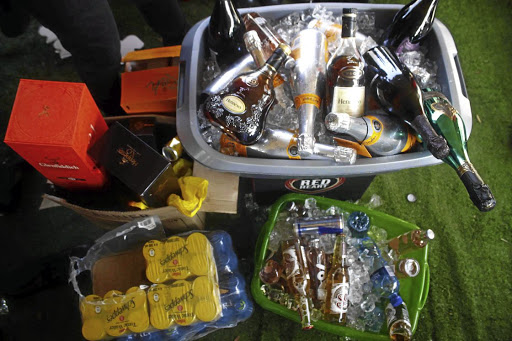 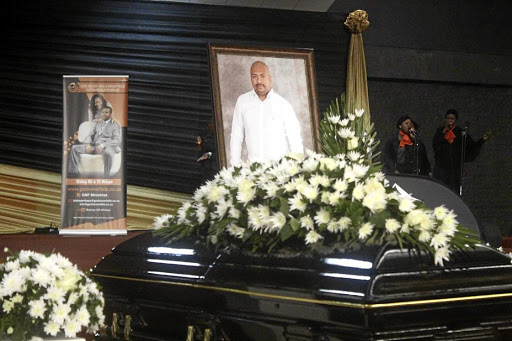 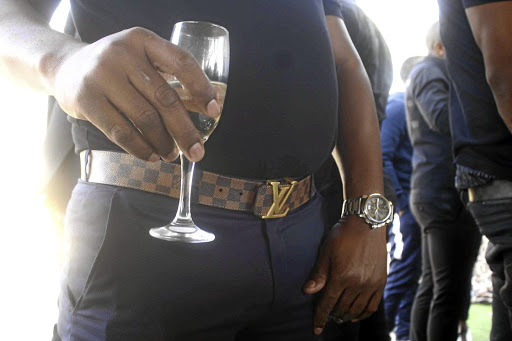 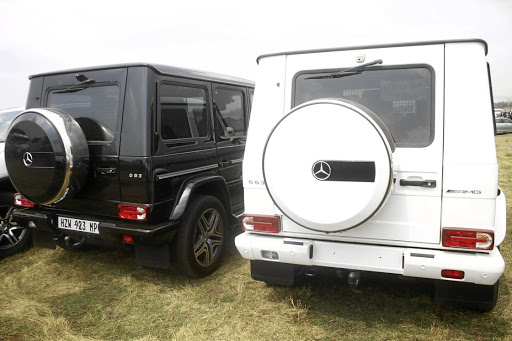 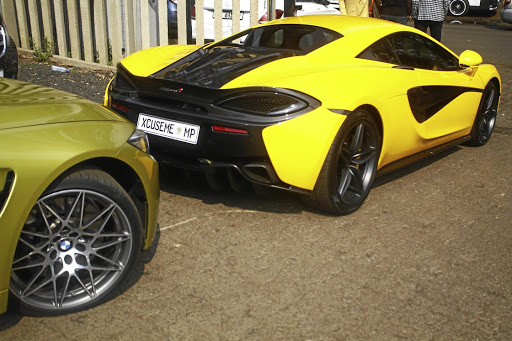 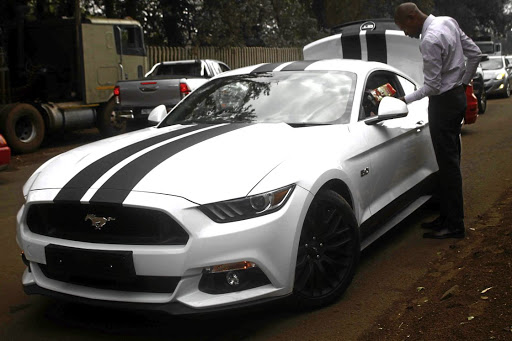 eMalahleni businessman Caswell Maseko was buried on Saturday in a glamorous affair buzzing with sports cars and expensive booze flowed.

Maseko, 30, died from stab wounds he suffered allegedly at the hands of his wife, Itumeleng Makhelemele-Maseko, at their home over a week ago.

Makhelemele-Maseko was not at the funeral as she is in police custody for allegedly killing Maseko.

Maseko, who was also known as a big-spender in his home town, was given a flashy sendoff, which locals dubbed the "funeral of the year" .

He owned a red Ferrari and ran two successful businesses in the coal-mining town.

Known to locals as Willem, he had apparently on many occasions settled bills amounting to over R40000 at local nightspots. He also financially supported local sports teams and was building a creche.

However, his popularity was mainly due to wearing expensive clothing brands, throwing great parties and for not being shy to flaunt his money.

At his funeral on Saturday, a member of Mesh Kings, a "brotherhood" group founded by Maseko in July, said he had a bet with him on who would make a million first.

"I remember we were at News Cafe when the SMS came on his phone and Willem said: 'I've made my first million, I've beaten you to it,'" he said.

Another member of the group recalled how Maseko had often remarked: "How can you have problems while I have money and you're my friends, what do you want people to say?"

The businessman was also a member of the Presidential Cartel, a group of a dozen men, mainly successful tenderpreneurs living in Gauteng, who are known for fast cars, beautiful women and fast life.

Maseko had endeared himself to the members of the Presidential Cartel after blowing R100 000 with them in just one night about a year ago.

Phillip Maseko (not related), the president of the Presidential Cartel, said they first met a "very brave Willem" at an up-market Bryanston restaurant and nightspot, Rockets before he joined their movement.

"I still remember that day, it was a Sunday. Willem said: 'Bafana be-Cartel, namhlanje akekho oyolala, namuhla siyodla R100 000 [tonight nobody is going to sleep, I will spend R100000],'" Phillip said.

At the end of the night and R100000 gone, Maseko was on his way to becoming a member of the Presidential Cartel.

Maseko was, however, clear in his mission that he joined them to learn and "absorb fame from the cartel", Phillip said.

In July, Maseko founded the Mesh Kings with his cousin and friend, Sidwell "Nkinsela" Masango in Durban during the Durban July weekend.

"We founded Mesh Kings through the Presidential Cartel because Willem and I were hanging with the cartel samunya lodumo sazivulela lethu iqembu sathela induku [to get the fame, then opened our own group and we flourished]," Masango said.

The two groups were dressed in all black at Maseko's funeral, with some wearing brands such as Gucci, Louis Vuitton and Versace and matching white fresh lapel flowers.

After the funeral, the groups turned a community basketball court into a lounge area to honour him "the best way he would have loved".

From the 21-year-old Glenfiddich whisky, which retails for around R3 000 a bottle, to Dom Perignon vintage and Veuve Clicquot Rich champagnes which go for around R2300 and R800 each respectively, booze flowed freely as more than R150000 was spent.

"What's happening here is more like us having tea, thanking everyone for their support and lending a hand," Masango said.