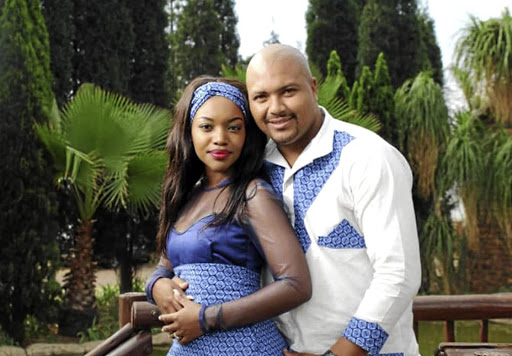 Itumeleng Makhalemele-Maseko is expected to appear before the Witbank magistrate's court for allegedly murdering her husband Caswell Maseko.
Image: FACEBOOK

The family of a businessman who was stabbed to death, allegedly by his lawyer wife, were on Tuesday still horrified by the incident.

As relatives of 30-year-old Caswell Maseko are busy planning his burial, his wife Itumeleng Makhalemele-Maseko appeared before the Witbank magistrate's court on Wednesday on murder charges.

Makhalemele-Maseko, 26, who was reported to be on the run following the incident on Saturday, was handed over by her lawyer to the police on Monday.

Her car was recovered in Pretoria on Sunday.

Family spokesperson Nhlanhla Masango said they were still in shock and would not discuss the case to avoid jeopardising investigations.

"For our family and friends this is a painful loss.

"The shock and suddenness of it all is unbelievable. We need prayer more than anything," Masango said.

Provincial police spokesperson Brigadier Leonard Hlathi said the woman was arrested after her lawyer brought her into the police station.

Hlathi said the murder happened inside the couple's home on Saturday morning.

"I cannot say whether they argued or not. We need to be sensitive as this matter is to appear before court," Hlathi told Sowetan on Tuesday.

The woman was alleged to have fled the scene following the incident, he said.

Hlathi said a murder docket was opened and Makhalemele-Maseko was expected to appear in court today.

"All I saw was blood in the passage…I could not go inside. I turned back. It was very traumatic."
News
3 years ago

Masango described Maseko as intelligent, ambitious and also as a socialite.

Maseko leaves behind three children, one from a previous marriage and two with Makhalemele-Maseko.

Masango said Maseko, who had trained as an electrician, had left his previous job to pursue his own business interests.

He said he was also the president of a social club called the Mesh Kings.

"It is a group of young men who have come together to motivate and celebrate life's victory together.

"They live large and have no fear of taking their chances in life. They emphasise the spirit of hustling and brotherhood," he said.

Makhalemele-Maseko was first named as a suspect on social media before she was arrested.

Miles Nkosi had posted on Facebook at the weekend asking members of the public to assist the Maseko family in locating her.

The post was accompanied by pictures of the couple and a young child.

"The Maseko family is requesting the public's assistance in locating the lady in the pictures below.

"She is a suspect in our brother Casswell Maseko's brutal killing and is also his wife," he wrote.