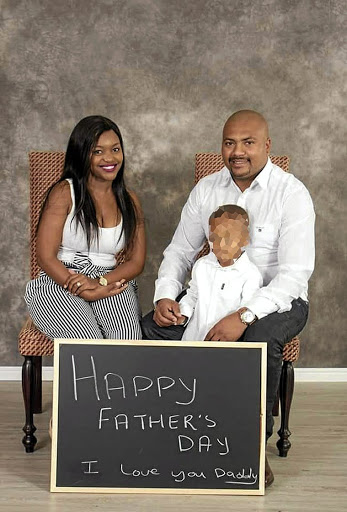 Businessman Caswell Maseko and his wife Itumeleng Makhalemele-Maseko and their child.

The Emalahleni woman accused of killing her millionaire husband with a knife opened two cases of assault against him in 2015, two years after they met.

Sunday World can reveal that Caswell Maseko had also opened a case of assault against his wife Itumeleng Makhalemele-Maseko three days after she opened the second case against him.

Mpumalanga police spokesperson Leonard Hlathi confirmed that the woman opened the first case in July and the second one in October 2015, the same year that they got married in a traditional ceremony.

Hlathi said the cases were later withdrawn by the couple.

Maseko's family acknowledged that the couple were having a tumultuous marriage but have nonetheless declared war against their daughter-in-law.

The family told Sunday World that the gloves are off and that they will fight tooth and nail to ensure that Makhalemele-Maseko rots in jail for allegedly killing their son.

Seated in one of the rooms at Maseko's family home in Duvha Park, family members gathered to support Maseko's aunt who was on the mattress as the chief mourner. His mother died in December last year.

Businessman gets flashy send-off as wife remains in custody.
News
2 years ago

Family members were spitting mad, half of them speaking all at once, as they accused Makhalemele-Maseko, 26, of being a bad woman and a pathetic liar.

The family claimed they found empty wardrobes with the 30-year-old man's clothes missing when they went to his plush home to collect his belongings during the week. They believe Makhalemele-Maseko sent someone to collect them.

The lawyer student dropout and a supply chain student allegedly stabbed her husband to death early on Saturday last week.

According to police sources close to the case, it is alleged that the wife had gone out with friends for the first time since she had her second child four months ago.

The sources allege that when she arrived home in the early hours of the morning with a friend, a fight ensued after the husband, who was at home sleeping, told them to keep it down because they were making a noise.

According to police sources, the husband started assaulting his wife and her friend who ran outside to get help from the security guards.

"When the friend and security guards came back, they found that Itumeleng had already stabbed him. Itumeleng fled the scene and handed herself over to the police in the company of her lawyer two days later," said the source.

However, Maseko's family poured cold water on the friend's version of events saying Makhalemele-Maseko stabbed her husband while he was sleeping and defenceless.

They said they found him lying on the bed in his underwear with a stab wound to the chest next to their little baby. 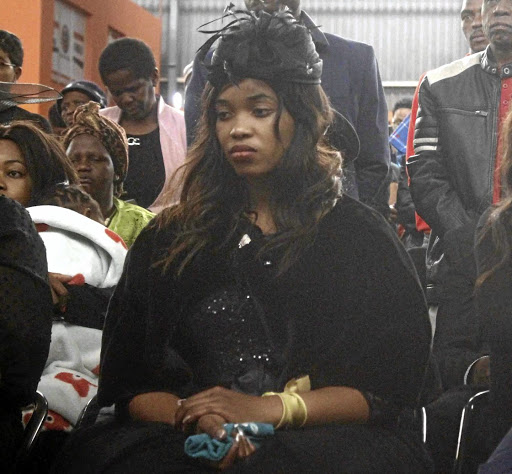 Thembisile Masanabo was the first wife of Caswell Maseko who was allegedly stabbed to death by his second wife.
Image: Kabelo Mokoena

Facts about Maseko and his two wives

Ex tells of how 'killer' wife stole her man
Next Article