EFF motion of no confidence against Msimanga does not comply with the rules, says Speaker 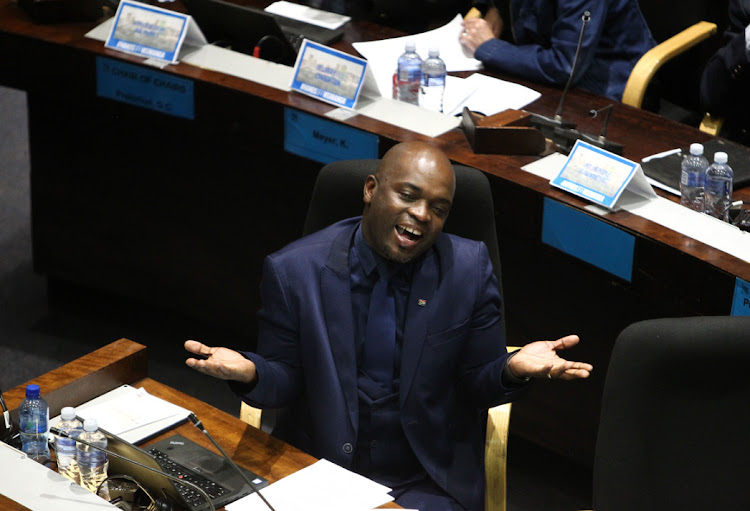 Council-speaker Katlego Mathebe ruled that the motion was "a one liner" and that didn't make it a written proposal.

This came as DA councillor and member of the mayoral committee objected to the Red Berets motion saying it didn't comply with rules for an urgent motion.

EFF councillor Benjamin Disoloane threatened the speaker with a legal action for dismissing their motion.

"You are out of order, we are going to take you to court, we are not going to play," he shouted.

Msimanga who was facing two motions of no confidence, now has only one motion from the ANC to worry about as he fights to hold on to his mayoral chain.

The ANC and EFF have accused Msimanga’s administration of corruption after reports pointing to the alleged irregular awarding of the R12-billion infrastructure management tender to a consultancy firm GladAfrica.

Msimanga has also come under fire for irregular appointment of top officials in the metro.

Council has taken a lunch break and is expected to resume at 2:30.