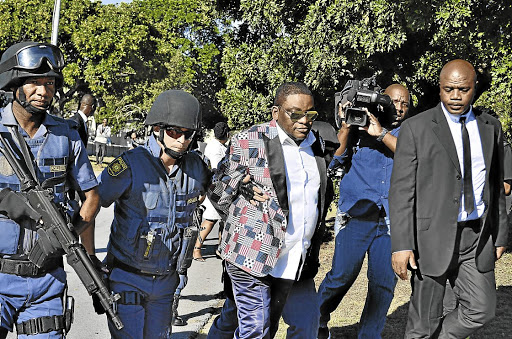 Omotoso and his two co-accused, Lusanda Solani and Zukiswa Sitho, appeared briefly in the Port Elizabeth High Court where prosecutor Nceba Ntelwa told the court the state was ready to proceed with the trial.

The three face 63 charges including racketeering, contravention of the Sexual Offences Act, human trafficking and rape. Charges against a fourth accused, Nobubele Mlindi, were withdrawn.

Omotoso smiled as he looked around the packed courtroom and saw his wife Taiwo in the public gallery. Solani and Sitho hung their heads low to avoid photographers before proceedings got under way.

Omotoso was arrested in April last year and has been in custody since, following numerous failed attempts at bail.

Sitho and Solani were released on R2000 bail each.

Defence advocate Peter Daubermann, on behalf of all three accused, told judge Dayalin Chetty he was also ready for trial.

Ntelwa said the trial was scheduled from October 8 to December 14.

Previously, Ntelwa said five charges of contravening the Immigration Act against Omotoso had been provisionally withdrawn pending the outcome of the high court case.

Outside the court, chairperson for the Commission for Gender Equality in SA, Nondumiso Mapazi, said the commission was happy the matter had moved to the high court.

"We have always emphasised that perpetrators of sexual exploitation of women and children must be brought to justice. We are eager for this case to get under way and hope there won't be any more delays," he said.