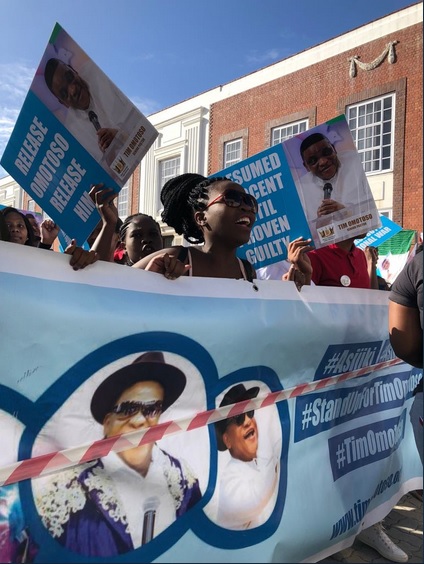 Controversial Pastor Timothy Omotoso on Wednesday morning appeared briefly in the Port Elizabeth Magistrate’s Court‚ where the case was postponed to May 15.

A group has gathered at the Port Elizabeth Magistrate’s Court ahead of Pastor #TimOmotoso’s appearance today. 📹 @deneeshapillay pic.twitter.com/smMqOySoiX

Omotoso‚ 59‚ was arrested in Port Elizabeth in April last year. He is facing multiple charges‚ including rape. Some of the alleged victims were as young as 13.

Omotoso appeared with three other accused – Zukiwa Sitho‚ 28‚ Lusanda Solani‚ 36‚ and Nobubele Mlindi‚ 31. The case was postponed to May 15 for the state to finalise the charges against the four accused and to have the case centralised.

The alleged victims of Nigerian pastor Timothy Omotoso have warned people not to fall prey to “fake pastors”.
News
3 years ago

A third woman has been arrested for allegedly recruiting girls for Pastor Tim Omotoso.
News
3 years ago
Next Article