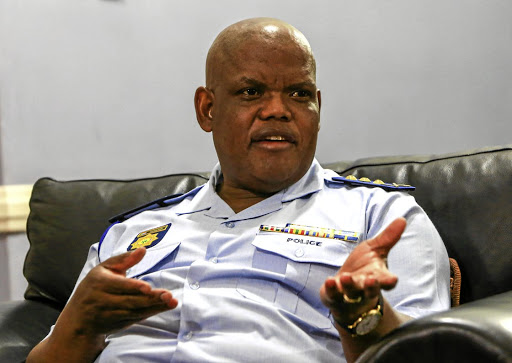 In a landmark judgment, the North Gauteng High Court in Pretoria has ruled that it is unlawful for police officers under investigation by police watchdog, the Independent Police Investigative Directorate (Ipid) to conduct "revenge investigations" against the officials investigating them.

The genesis of the case was Ipid's corruption investigation into former acting national commissioner of police Khomotso Phahlane and the subsequent appointment of a police squad from North West to investigate the Ipid officers involved in the criminal investigations of Phahlane.

Ipid said all the members of that North West squad are "currently subject to Ipid investigations".

In terms of the court order granted by Judge Neil Tuchten yesterday morning, the North West squad, led by General Ntebo Mabula, must be immediately removed from any investigation by the SAPS of any of the members of the Ipid investigative team and the executive director of Ipid, Robert McBride.

In his ruling, Tuchten said it was apparent that the relationship between the police and Ipid "has become fraught, to say the least". There were "accusations of serious criminal misconduct" being flung by both sides.

The judge was adamant that he was not making any findings of guilt or innocence in regard to these accusations.

It was Ipid's case that the members of this team "have conflicts of interest because each of them is the subject of investigation into alleged criminal conduct which is being conducted by the very same Ipid investigators".

As a result, Ipid sought legal clarity on what "would constitute an impermissible conflict of interest in such circumstances".

Tuchten noted: "Of special consideration to Ipid members, as demonstrated by the allegations in the present case, is the risk of what I might term a revenge investigation. That is the risk that a member of SAPS subject to or fearing an Ipid investigation might use the powers vested in that SAPS member to conduct a counter-investigation against the very Ipid member investigating or likely to investigate the SAPS member."

As a consequence, the judge made a ruling that no police officer could be involved in the investigation of an Ipid officer in which "he or she has a personal interest or a financial interest or any other interest which may preclude him or her from exercising or performing his or her powers, duties and functions in an objective manner".

Tuchten ordered the police to pay Ipid's legal costs in the case.