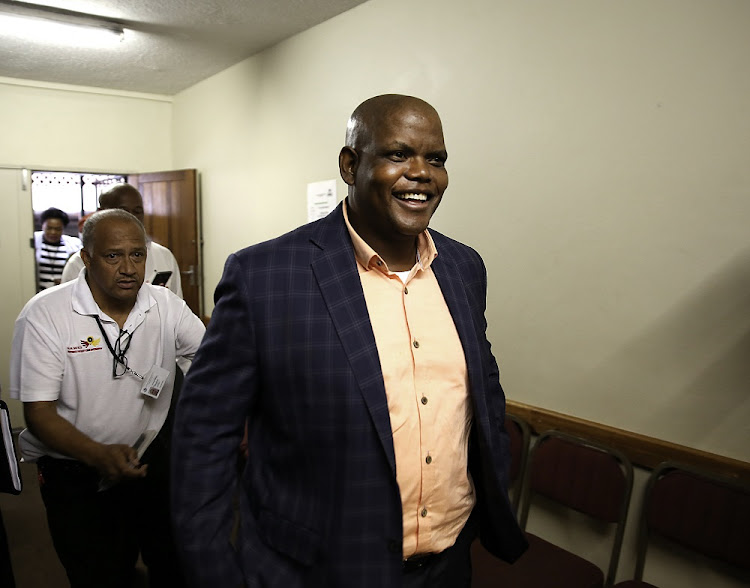 Major-General Agnes Makhele, who got her job from him, faces charges of defeating the ends of justice and contravening Section 33 of the Ipid Act.

The Independent Police Investigative Directorate (Ipid) footage supported the evidence of an Ipid investigator who said, in a sworn statement, that the gesture was a signal to not talk as an investigator was interviewing her junior at the crime intelligence offices in Pretoria.

Phahlane will soon know the state's case against him

Khomotso Phahlane will soon know the strength of the state's case against him.
News
4 years ago

The police watchdog's spokesman, Moses Dlamini, said this "do not talk" signal and Makhele's other alleged theatrics were caught on the crime intelligence offices' CCTV footage.

"There is also a statement in which she is said to have told a witness to lie to Ipid investigators," Dlamini said.

Ipid submitted that Makhele played a role in the establishment of a North West police team to interfere with witnesses and frustrate and scupper the probe into Phahlane.

Their charges stem from alleged kickbacks Phahlane, his wife and other senior officers received for allegedly awarding lucrative tenders while Phahlane headed police forensics. The case was postponed to March 5.