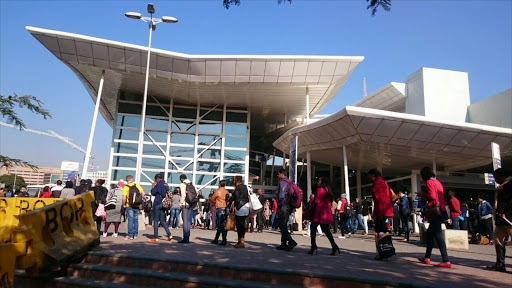 National Union of Metalworkers of South Africa (Numsa) members working at the Gautrain on Friday fought back with “the only weapon they have in their possession - the right to strike”.

“Our members are angry. They have been forced into taking this course of drastic action because management is refusing to pay benefits in line with the wage agreement which was signed last year‚” she said.

Workers want a R5‚000 housing allowance and 13th cheque and claims these have been outstanding since wage negotiations last year.

“We have been patiently trying to get management to place an acceptable offer on the table‚ but to no avail‚” Hlubi-Majola said.

Gautrain spokesperson Kesagee Nayager said that 71 employees – which is more than half (56%) of the maintenance employees – had embarked on the protected strike.

She added that “there is no agreement with the union [Numsa] stating that company will pay workers a housing allowance. The company salary structure already caters for a 13th cheque.”

Nayager said contingency plans were in place to ensure that trains were not affected by the strike.

“We will not compromise on safety and the necessary maintenance works will be conducted to ensure that we continue to operate a safe service. We remain open to discussions and reaching an amicable agreement.”