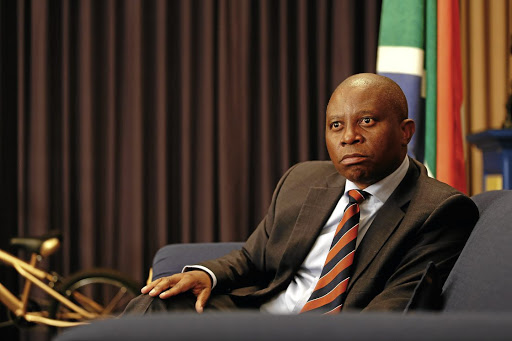 Herman Mashaba the first DA mayor in Johannesburg has been accused of being a puppet of the EFF, who are seen as kingmakers in the Joburg council.
Image: Moeletsi Mabe

The EFF publicly brags about Johannesburg mayor Herman Mashaba being their own even though he is in the top job via the DA ticket.

This bragging has not gone down well with Mashaba's fellow DA councillors and opposition parties, who accuse him of dancing to every tune of the red brigade.

They cite the suspension of health and social development MMC Mpho Phalatse after she declared that the metro was a friend of Israel earlier this month as a clear indication that the EFF, the metro's election kingmaker, was calling the shots.

Before Mashaba suspended Phalatse the EFF had said it would not support the city's R59-billion budget if she was not iced or fired.

DA councillors and opposition parties were also infuriated by Mashaba's decision to please the EFF by rejecting the appointment of Heather Trumble as the building control officer.

Johannesburg health MMC Mpho Phalatse has been reinstated after being suspended for expressing support for Israel.
News
3 years ago

The EFF rejected the appointment of Trumble on the basis that she is a white woman. The EFF demand led to the metro appointing Celiwe Mtebula as the building control officer.

The EFF also pushed for a moratorium on removing people illegally invading land in the metro.

"EFF are our partners. It was an agreement we took in 2016. They vote with us case by case. That is going to be like that. We work very well with them," Deppe said.

But another DA councillor who asked for anonymity said: "They (EFF) have got us by the balls, when they want to squeeze, they squeeze."

ANC Johannesburg region spokesman Jolidee Matongo said the DA was not in charge of the metro.

"As the ANC we believe that the EFF is running the city of Johannesburg. It is demonstrated by a number of things: The executive would bring reports to council when the EFF has a problem with those reports and the executive would withdraw the reports. 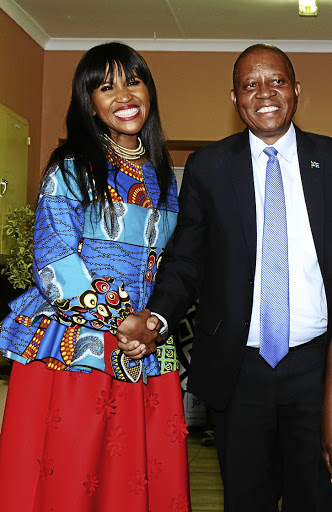 "We believe that after withdrawing the reports they then go and consult the EFF and try and see what the EFF wants to see from those particular reports," Matongo said.

"It appears smaller political parties are being undermined and disregarded even when decisions that are blatantly racist are taken just because of the EFF veto over the Mashaba administration," he said.

Mashaba's spokesman, Luyanda Mfeka, said there were extensive engagements with members of the DA caucus and the EFF on all decisions.

"In all of these engagements mayor Mashaba has sought and received the support of all parties involved in governing of Johannesburg.

"For the first time in the history of Johannesburg a multi-party government is operating in a consultative manner without the arrogance that comes with a majority governing party. This is precisely what the residents of our city wanted following years of an arrogant, out-of-touch ANC majority government," he said.

"We come to the council and make substantive arguments and proposals. It is not our problem that the EFF is the active opposition party. Are we controlling Mashaba when we propose that tariffs should be reduced? We have got our own constituency, which is the poor people, our constituency is not the DA. We will continue to make counter proposals."