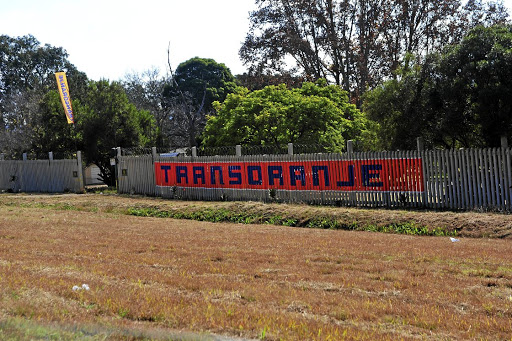 Transoranje School for the Deaf in Pretoria is accused of nepotism and ill-treatment of pupils and black teachers. / Veli Nhlapo

Parents at a special school for the deaf have accused its management of nepotism, differential treatment between black and white teachers and ill-treatment of some pupils.

Yesterday, some disgruntled black parents told Sowetan that their children at Transoranje School for the Deaf in Pretoria were served with "prison food" on weekends because they could not afford to fetch them every weekend.

The parents said pupils left at the school on weekends were only served dry rice and slices of bread once a day.

On weekdays, when all pupils were at the school, meals ranged from vienna stew with macaroni to samp and meat.

Some black teachers at the school in Pretoria West also said they were not given the same resources as their white counterparts.

A 55-year-old parent from Limpopo said he paid R2000 a month for hostel and school fees but his child was only given bread to eat on weekends.

"The school does not even have a dietary plan for our children. The meals they get on weekends are different from what they are served during the week. We do not pay for our children to eat porridge and dry bread," he said.

Another parent, 38, said she had to remove her child from the school.

A 44-year-old mother said hygiene was a major concern at the school.

"I sent my 10-year-old daughter who stays in the hostel with five shirts and five skirts but she only wears one shirt for the whole week.

"These are not normal kids, they are kids who need special care and I expect the hostel mother to provide that," she said.

Black teachers said it was a struggle to do their job without the teaching resources.

"It is exam time but I have to borrow teaching resources from my white colleagues in order to do my assessments.

"At the end of the day they will complain that I don't do my job. There is a black HOD in the intermediate phase [Grades4-6] who does not have access to the internet unlike the other HODs," she said.

Another teacher said the school was reluctant to hire black teachers even though 95% of the pupils are black.

"Once there are posts, the criteria used makes it very difficult for black teachers to apply. The interview is conducted in Afrikaans. We also have an issue of nepotism as one of the HODs is the principal's wife, his daughter is a hostel house mother and his son-in-law is a hostel manager.

"What happens here is different to what is submitted to the department. The department should do a qualification audit," he said.

The teachers said school accommodation was given to white people who have since retired from the school.

"Some of these people are using the hostel rooms as their own personal storage whereas black teachers were given rooms with no doors," she said.

Principal Dr Wynand de Wet denied some of the allegations but would not comment on which ones, stating he did not have permission to speak to the media.

Gauteng education spokesman Steve Mabona said the department would send officials to the school to investigate all allegations.

"Disciplinary processes will be actioned, pending the outcome of the investigation."