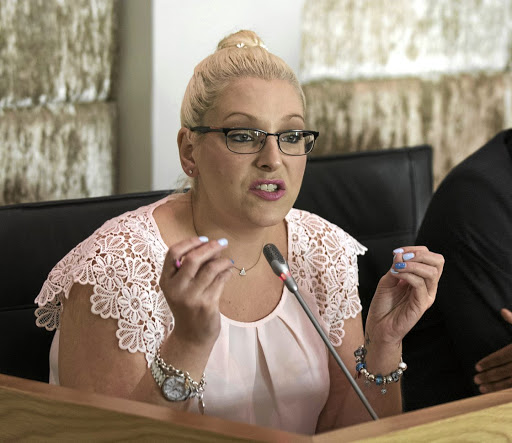 A DA leader has alleged that a position Natasha Mazzone was elected to did not exist before the congress.
Image: SUPPLIED

DA leaders remain unhappy with the election of Natasha Mazzone as the party's second deputy federal chairwoman, insisting that she is occupying the position illegally.

Senior leaders such as Western Cape leader Bonginkosi Madikizela, MP Zakhele Mbhele, Gauteng MPL Khume Ramulifho and MPL Makashule Gana are among those believed to be unhappy with how the process to elect Mazzone was conducted as the saga continues to tear the party apart.

DA Gauteng leader John Moodey and party provincial chairman Mike Moriarty have summoned Ramulifho to a meeting today in what appears to be the latest attempt to stop the public spat.

"It is unfortunate that the issue has been played into the public domain. We like to keep things in-house," Moodey said.

"I have been given a task to explain to Khume why the federal executive took the decision it took.

The DA’s federal executive has resolved to retain MP Natasha Mazzone as the party's second deputy federal chairperson following a legal opinion on ...
News
3 years ago

"We will go through the legal opinions.

"Khume will have to decide what he wants to do after that," Moodey said.

Ramulifho, who challenged Mazzone for the position at the party's federal congress in April, remained adamant yesterday that she was occupying the position illegally.

Ramulifho has publicly said when the voting took place at the congress, the second deputy position did not exist.

His argument is that the position was created only after the voting at the congress.

The DA resolved to amend its constitution at the congress, but the position was voted on before the decision was ratified.

DA federal executive chairman James Selfe said Mazzone was validly elected by the members of the federal council during congress.