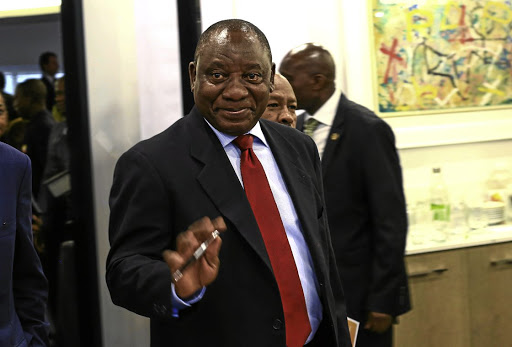 President Cyril Ramaphosa has missed his own deadline to outline his case against suspended SARS commissioner Tom Moyane - prompting another angry stand-off between lawyers for the tax boss and the president.

Moyane's lawyers say he wants the misconduct inquiry against him, which primarily concerns allegations of wrongdoing in his handling of the corruption claims against his former second-in-command, Jonas Makwakwa, to go ahead as soon as possible.

And they suggest Ramaphosa's failure to meet his own deadline to detail the accusations against Moyane is deeply unfair to him.

"The delays in getting this matter afoot and providing commissioner Moyane a fair opportunity to clear his name and go back to his office are becoming increasingly intolerable and costly," Moyane's lawyer, Eric Mabuza, wrote in a letter to the state attorney yesterday.

"We are instructed to urge you, as we hereby do, to once again impress upon the president that this matter needs to be treated with the utmost degree of urgency in the public interest and in the interest of the economy of South Africa."

Tom Moyane wants Cyril Ramaphosa to spell it out in court

Suspended SARS commissioner Tom Moyane wants the misconduct inquiry against him to start “as soon as possible‚ even tomorrow”.
News
4 years ago

Mabuza states that Ramaphosa's advocates "specifically undertook that on June 8 2018 the president would deliver his affidavit substantiating the allegations of misconduct against commissioner Moyane".

"It is now five days since the expiry of that self-imposed deadline and the president has failed to deliver on his undertaking," Mabuza writes.

"We have not even been granted the usual and expected courtesy of a formal letter either explaining the delay or requesting an extension, or both."

He said Moyane reserved the right to approach a court "to compel the president to honour his contractual undertakings".

Ramaphosa's spokeswoman Khusela Diko had not responded by time of print.