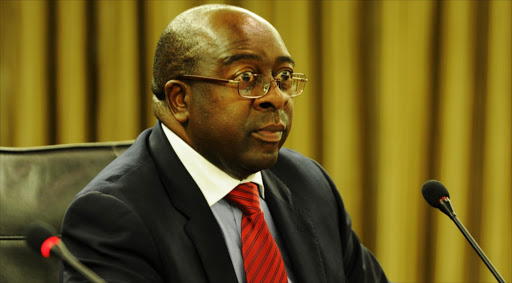 The social wage in South Africa has steadily increased over the past few years and social grants were not the only form of social security assistance to the poor‚ Finance Minister Nhlanhla Nene said in the National Assembly on Friday.

He was responding to criticism by DA finance spokesperson David Maynier about the failure of the ANC MPs’ appropriations committee to approve an increase in the child support grant‚ which would have required adjustments to other budget votes.

Nene was concluding the debate on the first reading of the appropriations bill‚ which allocates funds to the different departments. He noted that the social wage had increased from R643-billion in 2014-15 and to R707-billion in 2015-16‚ which represented 57% of total government spending.

"We should not simply focus on social grants as the only means government uses to alleviate poverty for the poor households‚" Nene said.

Maynier proposed 170 amendments to the budget at a meeting of the appropriations committee earlier this year to enable a R5.36-billion adjustment to provide for an increase in the child support grant to a level that is in line with the food poverty line.

Maynier insisted that the proposed amendments were "budget neutral" and could have been funded by reprioritising expenditure within the existing budget. His proposals were not supported by the ANC MPs.

Taxpayers will have to fork out four times more what is being paid to Cash Paymaster Services (CPS) - amounting to at least R100-million a month - ...
News
3 years ago

Government‚ not the Constitution‚ should hold me accountable‚ says Bathabile Dlamini

Retired Judge Bernard Ngoepe has criticised Bathabile Dlamini for her testimony during a probe into her conduct in her previous portfolio.
News
4 years ago

Dlamini's adviser 'fired for being honest ' in grants fiasco

Sipho Shezi believes he was fired for insisting on transparency and honesty during the 2017 social grants fiasco.
News
4 years ago

Bathabile Dlamini says she acted "diligently" and couldn't be blamed for the social grant payment crisis.
News
4 years ago
Next Article