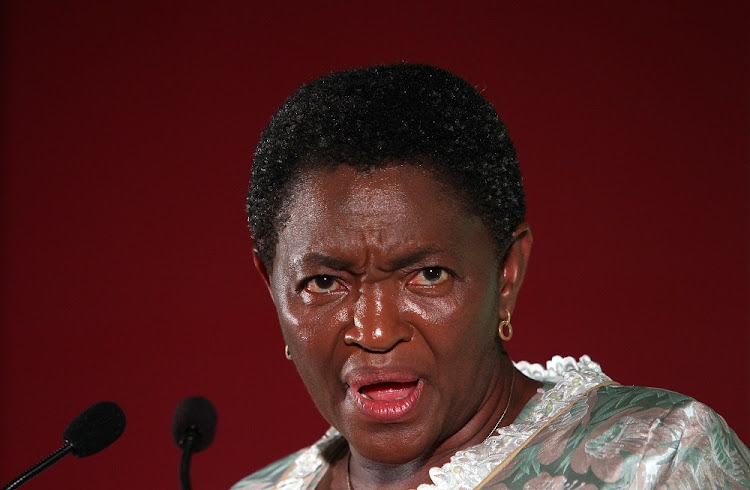 Retired Judge Bernard Ngoepe has criticised former social development minister Bathabile Dlamini for her testimony during a probe into her conduct in her previous portfolio.

Ngoepe made the following remarks in his findings around Dlamini’s role in the social grants crisis:

- She unjustifiably answered ‘I don’t know’ or ‘ I don’t remember’ to important questions.

- She would simply not answer some of the questions.

- She gave long answers that did not relate to the question asked.

- Ngoepe pointed out that he had one stage even questioned whether the interpreter had correctly conveyed a question‚ but he had no doubt that Dlamini had understood the question given her command of English.

Bathabile Dlamini says she acted "diligently" and couldn't be blamed for the social grant payment crisis.
News
4 years ago

“She was too evasive to some questions. She would answer questions with questions‚” Ngoepe said.

Ngoepe said a witness may not be criticised for seeking clarification but Dlamini had done so too often in response to clear questions.

The inquiry was ordered by the Constitutional Court in order to determine culpability around the social grants crisis that erupted last year. A court official said Dlamini had until May 14 to respond to the findings.

Dlamini was accused of failing to ensure that the SA Social Security Agency (Sassa) was equipped to administer social grants after a contract with Cash Paymaster Services (CPS) was due to expire.

The court was forced to extend the contract‚ even though it had been found illegal.

Magwaza accused Dlamini of running Sassa like her own shop‚ while she blamed him for being the source of all Sassa’s problems.