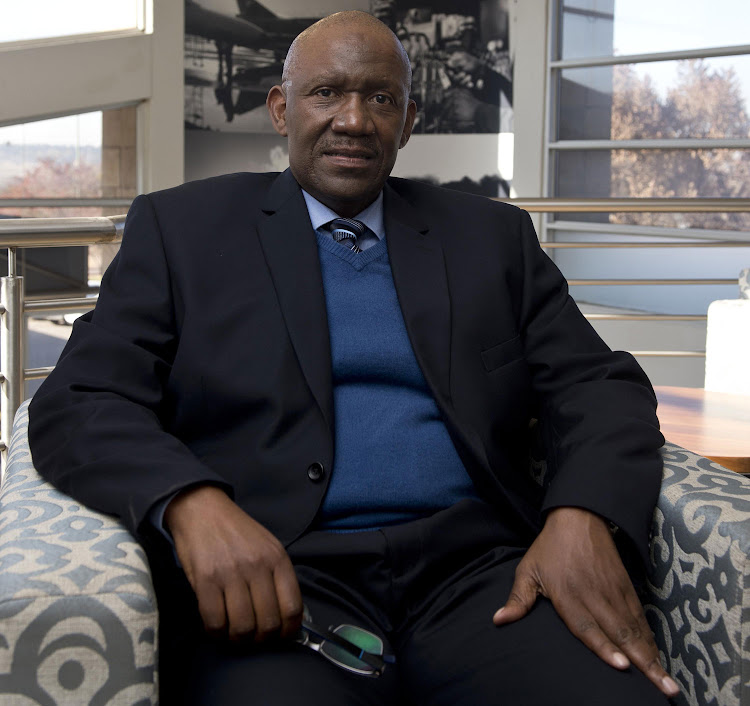 Arms manufacturer Denel's Board of Directors said on Tuesday they have accepted the resignation of the group’s Chief Executive Officer (GCEO)‚ Zwelakhe Ntshepe‚ with immediate effect.

Ntshepe has been with the company for 20 years‚ and was appointed into the GCEO position six months ago‚ following a-2-year-acting period‚ the board said in a statement.

In his resignation letter‚ Ntshepe cited personal reasons for leaving the company.

The board has appointed the chief executive of Denel Aeronautics‚ Michael Kgobe‚ as the acting Group Chief Executive in the interim. In the statement‚ the recently appointed chairperson of the board‚ Monhla Hlahla‚ assured "employees‚ suppliers‚ customers and all stakeholders that the board is focused on a turnaround that will deal with the current liquidity and performance issues in the company".

Denel said Kgobe has an aeronautical engineering background and has been with the company since May 2000 growing up the management ranks and was appointed Chief Executive of Denel Aviation‚ the precursor to Denel Aeronautics‚ in 2010. "He is credited with overseeing the successful turnaround and diversification of the division and its rapid growth into being one of the best performing divisions within the Denel Group."

In September 2016‚ Kgobe was tasked with the consolidation of Denel Aerostructures (SOC) Ltd and Denel Aviation into a single operating division‚ which became what is now known as Denel Aeronautics which reported a consolidated R1.6-billion revenue in 2016/17 with a staff complement of 952 employees‚ according to the company. Kgobe has a Master’s Degree in Aeronautical Production & Maintenance from Toulouse‚ France; and successfully completed the UNISA Executive Leadership Programme and the Henley Business School Executive Development Programme.

"The Board welcomes Mr Kgobe into the interim role and looks forward to working with him on a successful outcome for Denel."

Last month‚ BusinessLIVE quoted Public Enterprise Minister Pravin Gordhan as saying the appointment of a new board of directors at the ailing state-owned arms manufacturer was the first step in ensuring that good governance was restored and that processes that had led to state capture were reversed.

Gordhan said the changes to the Denel board were in line with President Cyril Ramaphosa’s call to fix issues at state-owned enterprises.

In 2017‚ Denel admitted it was experiencing severe liquidity problems‚ which had resulted in the delayed payment of workers’ salaries. It was also battling to pay suppliers.