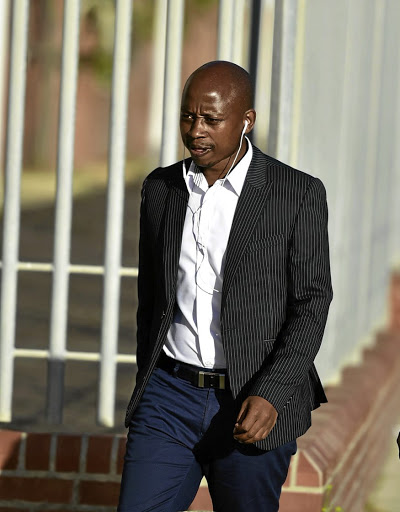 Andile Lungisa spent his first night in jail yesterday with his only chance of getting out now dependent on a petition to the Port Elizabeth High Court.

Lungisa was sentenced to an effective two years in jail yesterday with his application for leave to appeal his conviction and sentence dismissed in the Port Elizabeth Magistrate's Court.

Lungisa's legal representative Luthando Ngqakayi said his client would be petitioning the high court "in the next few days" with an application for leave to appeal both the conviction and sentence.

A complete lack of remorse and not accepting guilt for causing grievous bodily harm to a fellow council member in an environment which dictated a certain level of respect sealed his fate.

Handing down sentence, magistrate Morne Cannon said in his view Lungisa only regretted being convicted of assault with intent to cause grievous bodily harm. "It is clear there is no remorse for [Lungisa's] actions. There is a clear difference between remorse and regret," he said, before sentencing him to three years direct imprisonment with one year suspended.

Earlier, during mitigation of sentencing, Lungisa took to the stand to elaborate on certain aspects not dealt with in the pre-sentencing report handed to the court. Lungisa said he was financially responsible for his seven children - aged between two and 16 - as well as his parents and his younger siblings who live with them.

"If the court considers a custodial sentence this would have a direct impact on my family," said Lungisa, through a court interpreter.

Lungisa said he sympathised with former municipal head of transport Rano Kayser whose head he had smashed with a glass water jug.

Cannon convicted Lungisa of assault with the intent to cause grievous bodily harm last month when he found that he had unlawfully and intentionally hit Kayser, a DA councillor, without provocation during a heated council meeting in October 2016.

When asked why he did not mention that he accepted responsibility or guilt for his actions in the pre-sentencing report, Lungisa said he did not consider himself guilty from the onset of the trial. "It is because of the decision taken by the court, that is why I am remorseful and sympathetic [toward Kayser]." He apologised to Kayser for hurting him.

During aggravation of sentencing led by the state, Kayser said he has suffered physical and psychological effects from the assault, including suffering from headaches and short-term memory loss.

"I was actually unconscious and lost a huge amount of blood. I only realised the extent of the injuries when I was told by a medical practitioner that I was lucky to be alive."

Ludick said although Lungisa was a first-time offender the court must consider the impact his actions have had on the community as well as those who look up to him.

After sentencing, his legal team told the court they intended to apply for leave to appeal the conviction and sentence. Ngqakayi brought the application on the grounds that the court erred in finding the state had proven its case beyond reasonable doubt and that witnesses had colluded.

He said Cannon did not take proper consideration of other possible sentences and that the court fobbed off Lunigsa's personal circumstances.

Cannon dismissed the application, saying no other court would come to a different conclusion. After sentencing, Kayser said he believed justice had been served.

ANC provincial secretary Lulama Ngcukayitobi said the party believed the sentence was too harsh. "It's a very unfortunate issue but leaders of the ANC and society in general should not engage themselves in violent actions."