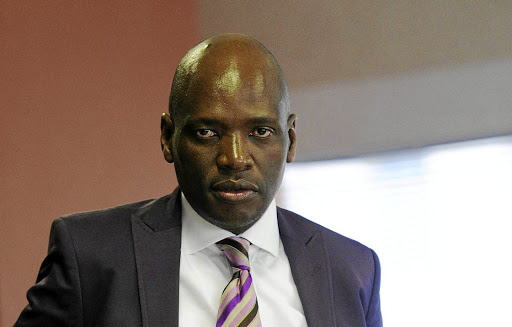 Hlaudi Motsoeneng is fighting his dismissal at the CCMA.
Image: Veli Nhlapo

This was according to board member Krish Naidoo, who yesterday alleged that the deal - worth more than R500-million - which Motsoeneng in his capacity as the acting COO, along with then acting chief financial officer Tian Olivier, signed in 2013, could only be signed by then group chief executive officer Lulama Mokhobo, who was not present at the meeting.

"Under normal circumstances when one has regard to the value of the contract which was R500-million, it would be a board decision in terms of delegation of authority and the person who would have signed on behalf of the board would have been the group CEO," said Naidoo.

"Now on that particular day [of the MultiChoice deal meeting], the group CEO was not present and the board did not have the delegation of authority," Naidoo said.

His affidavit to be scrutinised in May
News
3 years ago

He was the SABC's second witness after former state broadcaster interim chairwoman Khanyisile Kweyama concluded her evidence on Friday at the Commission for Conciliation, Mediation and Arbitration (CCMA).

The deal sees MultiChoice pay the SABC R553-million over five years. It is also being scrutinised by the Special Investigating Unit because of a R11.4-million bonus Motsoeneng paid himself for brokering the deal.

In terms of the deal, the SABC supplies MultiChoice's DStv platform with a 24-hour news channel, an entertainment channel, Encore, and access to the public broadcaster's archives.

Turning to when Motsoeneng tore into Naidoo during a press conference in April last year, Naidoo told the arbitrator he was offended and defamed when Motsoeneng labelled him a sell-out.

The case has been postponed to June 11.