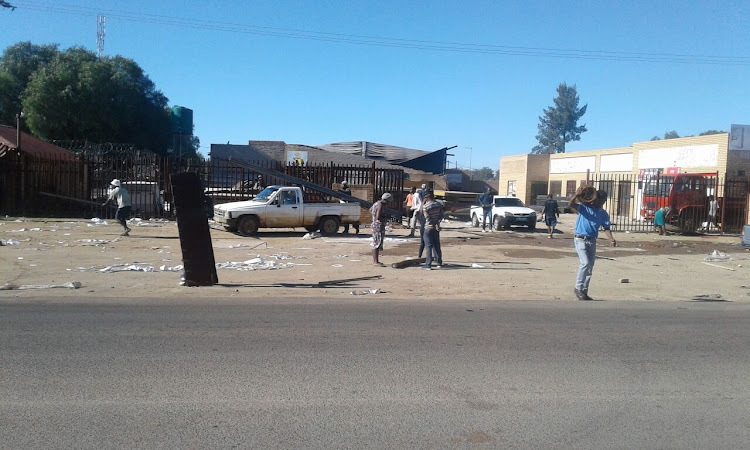 KwaZulu-Natal police are appealing for video footage of Sunday's looting and burning of trucks on the N3 freeway to nab the culprits behind the violent protests.

Forty-eight people who had been arrested for public violence were released from police custody on Monday due to insufficient evidence.

"The senior public prosecutor indicated to police that evidence against 48 [others] is insufficient and ordered police to release them from custody‚" she said.

Eight others‚ including two minors‚ who were allegedly found in possession of stolen property looted from the trucks‚ appeared in the Mooi River Magistrate's Court on Monday on a charge of theft.

The five men and one woman were remanded into custody while the two minors were released to their parents.

Two police constables have been arrested after they were identified in a crowd that looted shops during a service delivery protest in the Northern ...
News
4 years ago

"We are appealing to members of the public who may have video footage of the looting and burning of trucks to please contact Colonel Wiles from Mooi River on 082 469 9336. We believe that we may be able to identify some of the culprits this way‚" Mbhele urged.

According to police a group of people threw stones on the freeway and set trucks alight at 7pm on Sunday.

KwaZulu-Natal Transport‚ Community Safety‚ and Liaison departmental spokesman Kwanele Ncalane said South African truck drivers were unhappy that foreign nationals were given jobs. They had held a similar protest during the Easter weekend.