Don't let our future drown in the mindless alcoholism of today 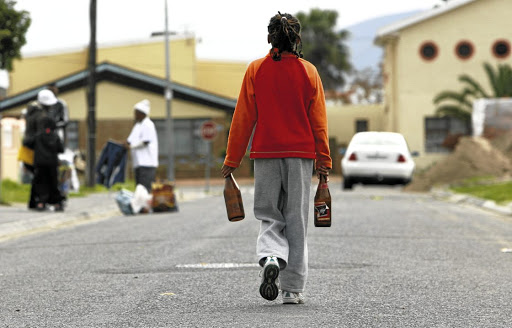 Drinking in the rural and urban areas is commonplace. The writer says there must be a concerted efforts to help people to look at alcohol with a different eye. / Esa Alexander

In 1986 I visited KwaThema township on the Far East Rand. Sauntering to a nearby shop, I remember asking a new-found friend about a big burnt-down building in the middle of the township.

We were both young; the friend could only regurgitate a widely known story, without details, about why the building was razed to the ground.

The building used to be a bar, the story went, and "comrades" burnt it down because people were drinking instead of going to emzabalazweni (political activities).

A few years later, the story of the charred building made sense to me.

The 1980s were a period of great political ferment. Black townships were restless and ungovernable, culminating in the declaration of a state of emergency by the apartheid President PW Botha on July 21 1985.

You can imagine the righteous indignation of "comrades" when realising that, while the country was politically burning, thousands of black people simply went to drink. The solution? Destroy the bar!

The idea was to awaken the drinking masses to their betrayed political mission, which, according to the "comrades", was the fight against apartheid.

While dagga was the most popular drug amongst youngsters‚ nyaope and whoonga were also gaining ground.
News
4 years ago

There was a deep philosophical logic behind the burning of the bar. The logic is well-captured in Eleanor Roosevelt's book, Tomorrow Is Now. Roosevelt says: "Where there is no vision the people perish."

The people who flocked to the bars in our townships clearly had no vision. Hence they kept on damaging their livers with alcohol.

The "comrades" thought that by burning down the bar, the endangered livers of the visionless masses would be saved, and that the masses would be animated by a grand political vision.

In 2018, I am as concerned as the "comrades" of the 1980s. As a black person, my heart sinks when I see how alcohol is destroying our communities.

In the 1980s alcoholism used to be a problem largely in urban townships, not in the rural areas. Today, even the remotest of villages is awash with alcohol. Everyone is drinking, young and old.

Rural areas used to be conservative. They once were bastions of communal, even individual, moral integrity for black people.

Some relatively well-off parents from the Witwatersrand would, in the 1980s, send their children to schools in rural South Africa, precisely because of the intactness of moral and social order in the hinterlands.

All this has changed. Go to any rural part of the country today, and you will find teenagers and old people drenched in alcohol.

In a free country people are free do to what they want. But the level of drinking among our people is simply intolerable. Nelson Mandela did not spend 27 years in jail so that our young people can kill themselves with beer.

There was a time during apartheid when black people were legally prohibited from buying alcohol. White industrialists blamed high worker-absenteeism on alcohol.

With a destructive agenda in mind, Hendrik Verwoerd persuaded his fellow racists to allow black people alcohol so that they could drink en masse and become political good-for-nothings.

Society should pull together to stop the nyaope "bluetooth" trend in its tracks, and not leave this responsibility to the government. This was the ...
News
4 years ago

Looking at us from hell, Verwoerd must be smiling today.

We must stop it. We must not allow the future of black people to be destroyed by alcohol. The most painful thing is that it is not even black people who are making money from alcohol. Which black company brews which popular beer?

Even if the beer were produced by a black company, it would still be dangerous for our people to drink the way they do.

Young people are the future of our society. We must never allow them to stampede into a future society of drunkards.

The challenge of our time is the absence of a socio-political vision to direct the lives of young people. Remember, like Roosevelt said: "Where there is no vision the people perish."

We must answer the question: How do we save our nation from self-destruction by alcohol?