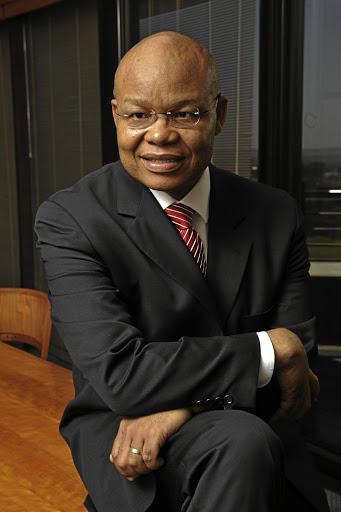 Investec chairman Fani Titi told the Randburg Magistrate's Court on Monday that his long-term friend Peter-Paul Ngwenya had threatened to kill him‚ despite a protection order telling him not to do so.

Ngwenya‚ a politically-connected businessman who spent almost five years on Robben Island‚ is facing a charge of crimen injuria in the Randburg court for calling Titi a k****r.

"I got protection order against him. I was told that he said‚ ‘I will kill these dogs if they don't get my money’‚" said Titi.

He said he had obtained a protection order against Ngwenya‚ which stated that Ngwenya should not communicate with him directly or indirectly.

The conflict between the two businessmen and friends of 20 years stems from a multimillion-rand deal that went sour.

Ngwenya claims that Titi owes him close to R54-million. It degenerated last June when Ngwenya called Free State-born Titi a “QwaQwa k****r” and a “bantustan boss” in an SMS intended for Titi’s business partner Aqueel Patel.

In the same SMS‚ Ngwenya tells Patel that “you will bleed” and that Titi “will see his mother”‚ which Titi regarded as a threat to his life since Ngwenya knew his mother had died.