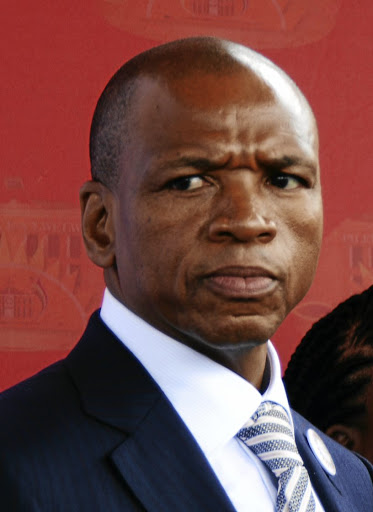 The fight over North West premier Supra Mahumapelo's future continued yesterday with his supporters descending on the provincial legislature in Mahikeng demanding the recall of ANC legislature members (MPLs) they labelled "rebels".

This comes amid fears that MPLs such as SACP provincial secretary Madoda Sambatha, Boitumelo Moiloa and Motlalepule Rosho were likely to vote with the EFF to remove Mahumapelo during a motion of no confidence in the premier.

A special house sitting to debate the motion which was supposed to have taken place yesterday was postponed after the EFF, which had tabled the motion, requested a postponement.

On Monday, the EFF applied for an urgent court interdict to force the speaker of the legislature, Suzan Dantjie, to allow a secret vote during the motion.

The issue of whether the legislature will vote by a show of hands or secret ballot is now in the hands of the judges to rule on. The matter is expected to be finalised within four weeks.

There are fresh allegations linking Mahumapelo to the vigilante group which regularly attacks those who differ with him politically.

This is the latest in the long list of claims made against Mahumapelo by the "Revolutionary Council" - a group of ANC politicians who are opponents of the premier.

"The[ir] modus operandi is to attack, disrupt meetings and damage property of those who differ with the political posture of the premier," Kgabi said.

"What is more worrying is that these rented mobs operate in broad daylight without consequences."

Yesterday, Morweng marshalled ANC supporters and members to march to the provincial legislature in Mahikeng in support of Mahumapelo. They handed over a memorandum of grievances to Dantjie.

Morweng said they wanted the no-confidence vote to be done by a show of hands, and that the ANC MPLs should toe party line.

"We will not support the removal of the premier through rebel methods," he said.

"We are also calling for the recalling of those rebel MPLs with immediate effect."

Morweng did not deny he was Mahumapelo's foot soldier, saying: "He is my commander."

EFF MPL Alfred Motsi said his party would not rest until Mahumapelo was removed from office. "We just want to get rid of the man."

Meanwhile, Mahumapelo told his supporters outside the legislature that he was not scared of anyone.

"When you are quiet people think you are a coward," he said. "We need to fight this politically and not physically."