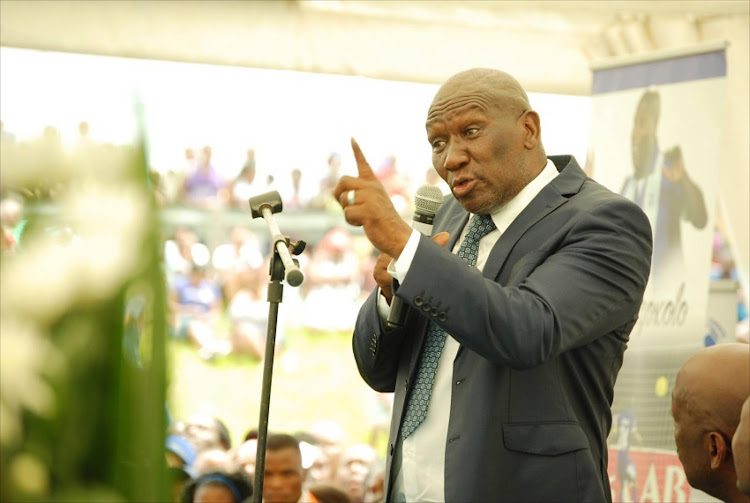 In January the head of crime intelligence‚ Richard Mdluli‚ who had been suspended since 2012‚ was relieved of his duties by former minister of police Fikile Mbalula.

Mdluli was appointed as head of crime intelligence in 2009.

Mdluli‚ who is on trial for kidnapping and has weathered numerous allegations of fraud and corruption‚ was on paid leave for six years‚ earning his full salary and bonuses.

The entire Mdluli debacle has cost the taxpayer roughly R10-million.

Mdluli‚ and his co-accused‚ Mthembeni Mthunzi‚ are facing charges relating to the death of Oupa Abel Ramogibe‚ Mdluli's ex-girlfriend's husband‚ in 1999.

You're not a funeral parlour! Bheki Cele has announced the immediate and indefinite closure of major taxi routes
News
4 years ago

The pair are alleged to have kidnapped and assaulted Ramogibe. They are also accused of intimidating his family and defeating the ends of justice.

But an inquest cleared them of any involvement in Ramogibe's murder.

They have pleaded not guilty.

"In the past five years Crime Intelligence has seen 12 acting divisional commissioners. In this regard I wish to announce that Lieutenant-Ggeneral Richard Mdluli‚ who held the position of divisional commissioner‚ albeit under a long suspension‚ with mutual agreement‚ will be relieved of his duties with immediate effect‚" Mbalula said when Mdluli’s contract was terminated.

Other appointments that will be announced by Cele and Sitole on Thursday include that of Sitole’s successor as provincial police commissioner of the Free State.

Cele and Sitole will also announce who the new divisional commissioners for detective services and protection and security services will be.