Gang boss ‘Donkie’ Booysen survives yet another attempt on his life 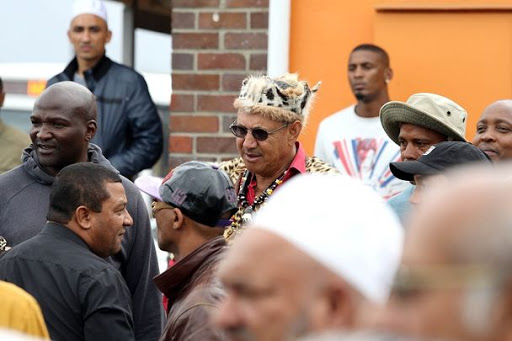 Alleged 26s and Sexy Boys gang boss Jerome "Donkie" Booysen has survived a fourth shooting aimed at him in less than 12 months.

Sources suggest that his bullet proof car was shot at with small calibre firearms in Mitchell's Plain at around 8 pm on Friday.

Family sources who asked not to be named have also confirmed the shooting.

Approached for confirmation‚ police spokesperson Noloyisa Rwexana said only: “Please be advised that this office is aware of a shooting incident that occurred last night in Beacon Valley‚ Mitchell’s Plain. The victim is yet to open a criminal case.”

Booysen was targeted in at least two shootings last year‚ one of which happened at the Cape Town International Airport in October and resulted in him being taken to hospital where he was treated for bullet wounds.

Shortly after that alleged "assassins" attempted to gain access to his hospital room but family sources and underworld sources have suggested that the target might have been his brother‚ Colin‚ who was by his bedside while he was recovering.

The brothers have been at opposite ends of an alleged security racket turf war over control of Cape Town's nightclubs.

Colin was also targeted in a prison scuffle in Pollsmoor in February while awaiting his bail hearing along with Nafiz Modack‚ Jacques Cronje‚ Carl Lakay‚ and Ashley Fields.

Remember the Rolex Gang? Police warn they may be back

A gang suspected of targeting Rolex watches and stealing other expensive items is said to have made a return to Johannesburg..
News
3 years ago

How did a man who was arrested for possession of illegal firearms know that police would allow him to get bail?
News
3 years ago
Next Article