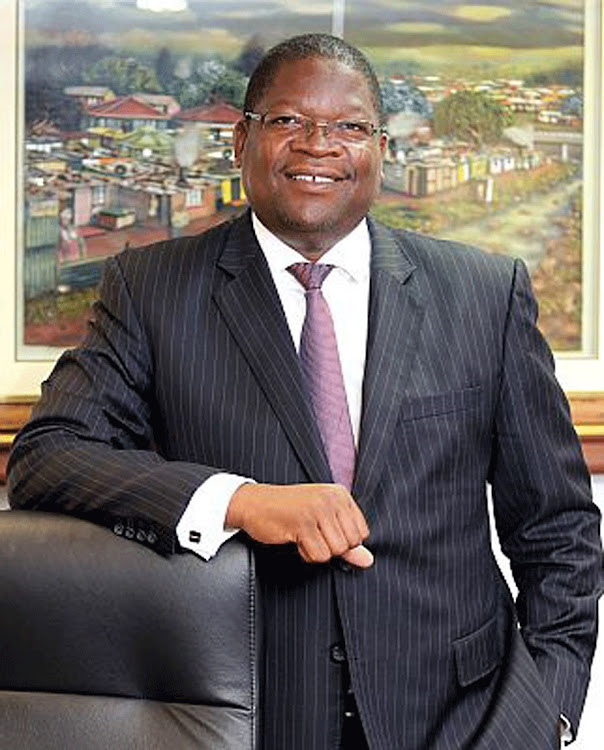 Corruption Watch said on Thursday it would push ahead with plans to bring SA Revenue Service bosses Tom Moyane and Jonas Makwakwa to book.

"Corruption Watch‚ responding to the news of the resignation of Jonas Makwakwa‚ chief officer for business and individual tax at the South African Revenue Service (SARS)‚ confirms its intention to continue its efforts to ensure that both Makwakwa and SARS commissioner Tom Moyane are prosecuted‚" the organisation said in a statement.

"The organisation laid criminal charges against Moyane‚ Makwakwa and Kelly-Ann Elskie in December 2016‚ in relation to the alleged fraud and corruption charges against Makwakwa and Elskie‚ and Moyane’s handling of the matter. The charges highlighted apparent breaches of Section 34 of the Prevention and Combating of Corrupt Activities Act (PRECCA)‚ as well as sections of the Financial Intelligence Centre Act (FICA)."

Makwakwa resigned on Wednesday as he was facing questions around a potential conflict of interest. Moyane's departure was imminent‚ Business Day reported on Thursday.

South African Revenue Service (SARS) commissioner Tom Moyane could find himself out of a job in a matter of days.
News
4 years ago

Makwakwa was accused of allegedly misleading SARS with regard to declarations of interest in the appointment of National Integrated Credit Solutions (NICS) as one of eight debt collectors to recover billions of rand in debt owed to the taxman. Times Select on Tuesday revealed that NICS was appointed despite being linked to payments of money to Makwakwa's personal account.

Corruption Watch said it would pursue a private criminal prosecution against Moyane‚ Makwakwa and Elskie.

Moyane must submit Lovells and Motau reports to Parliament before March 13: DA

The DA says it has written to the chairperson of Parliament’s Standing Committee on Finance (SCOF)‚ Yunus Carrim‚ asking him to request SARS ...
News
4 years ago

Former finance deputy minister Mcebisi Jonas says the ANC’s elective conference on December 16 is no longer about choosing the party’s next president.
4 years ago

SARS denies its executive received a bonus while on suspension

SARS says reports that its executive Jonas Makwakwa was paid a bonus while on suspension are inaccurate.
News
4 years ago
Next Article