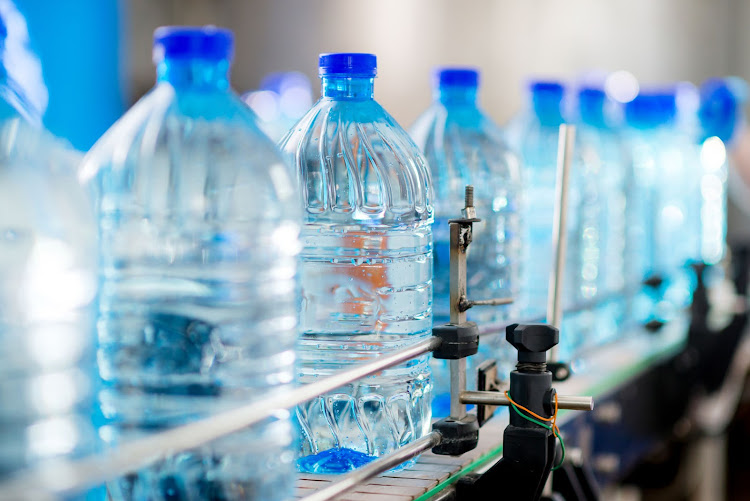 Chaos in the national Department of Water and Sanitation and the resulting delays in new water projects could have a severe negative effect on the economic growth of Cape Town and the Western Cape.

And the City is already under huge pressure through having to re-purpose its own‚ relatively small‚ rates-derived budgets to fund infrastructure and services that should be the responsibility of national government.

Neilson announced that water consumption over the past week had averaged 516 megalitres per day (MLD) and that dam levels had dropped 0.4% to 24%.

Day Zero would remain projected at 9 July for now‚ despite a significant reduction in water use during the past four months and the transfer of ten million cubic metres of water from the Groenland farming community’s allocation now underway from the Eikenhof Dam‚ he said.

The R6-billion allocated by Finance Minister Malusi Gigaba for drought relief and infrastructure is a drop in the ocean‚ Western Cape Premier Helen ...
News
4 years ago

“Our key message is‚ if we continue with these restrictions as they are‚ we can avoid Day Zero until right into the middle of the rainfall period‚ and we will then know whether we have to implement Day Zero or not. We can’t say now because we don’t know what the rainfall will be and that’s the key determinant.”

He also said: “If we can get down to out target of 450MLD that will put us in a very favourable position for next year‚ even if the rainfall is not great this year.”

Neilson was asked to comment on the impact of the bureaucratic collapse of the national Department of Water and Sanitation under former minister Nomvula Mokonyane‚ and on whether Cape Town was being “punished” politically through its reduced water allocation from national government.

Neilson said in response that the City was “very concerned” about the national department’s financial situation and its ability to deliver. Although there were long-standing plans‚ there had been very little actual investment over a long period. For example‚ there had been no progress with the planned project to raise the wall of the Voelvlei Dam and pump water into it from the Berg River during winter.

“There’s been no movement and the department is now saying 2021. We will wait and see. We are concerned‚ to say the least.” [The national department told GroundUp a few weeks ago that the date had been brought forward to 2019. - Editor]

Cape Town had been “fairly efficient” in its water use over the past five years but its allocation had still been cut severely this year‚ Neilson added. “So we’ve been punished for our good work and so to some extent that’s unfair‚ but I would not relate that to any election issue.”

Helen Zille has lashed out at Nomvula Mokonyane over her utterances on the province’s drought crisis.
News
4 years ago

Smith said he detected a pattern emerging whereby the City was having to step in and spend its own funds in areas where the national government was failing in its responsibilities. These had included the electricity supply‚ the rail service and law enforcement relating to drugs and liquor. “Water is the most recent example of this meltdown.”

The City was having to repurpose its small and “delicate” rates-funded budgets and apply them to projects that should be nationally funded‚ Smith added. “For us it’s an incredibly difficult challenge and we’re being put under tremendous pressure. The national government will need much bigger budgets.”

Neilson praised the people of Cape Town for their “incredible achievement” of reducing February’s average daily water consumption to 600 MLD – the normal average consumption during this hot summer month is double that at 1‚200 MLD.

“That was only possible with the enormous contribution of literally millions of people. I want to thank everyone ¬– your efforts really have had a major impact on our ability to manage the city’s water. [Otherwise] we would have run out of water long ago.”

But “as good as that was”‚ consumption was still far too high‚ he added. He pointed out that the city’s official allocation for the current hydrological year which runs from 1 November last year to 31 October this year‚ was just 489MLD.

“We have been over-using water‚ so we have to bring our consumption down and also make up for the over-use in the past three months.”

That was why the City had introduced Level 6B water restrictions with a target of 450MLD‚ which translated to 50 litres per person per day.

Key measures under these restrictions included the “very severe” pressure reduction in the water reticulation system – “Much lower than anything we’ve done before” – and the introduction of steeply increased water tariffs.

“These measures‚ we believe‚ have contributed to a significant decline in consumption. We’ve not finished with that process of pressure reduction and we believe the (water) bills with the new tariffs will have an impact‚” Neilson said. “This whole process is about ‘How do we not run out of water?’ Our whole focus is‚ we do not want to get to Day Zero.” – GroundUp

As heavy rain is predicted across the drought-stricken Western Cape late on Friday‚ Pastor Mboro says it is thanks to his prayer for rain.
News
4 years ago

Gauteng residents were urged on Thursday not to jeopardise their own water supply by sending truck-loads of donated water to the drought-stricken ...
News
4 years ago
Next Article