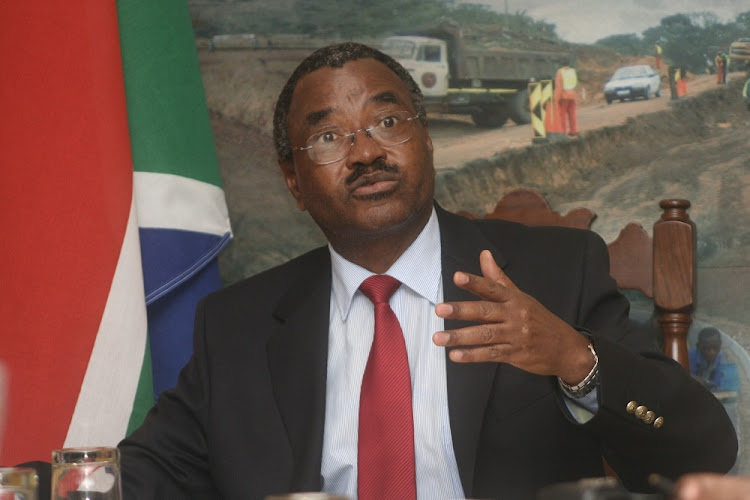 KwaZulu-Natal Premier Willies Mchunu has weighed in on the sensitive land debate‚ and has vowed that the province will not support any attempts to scrap the Ingonyama Trust.

Delivering his state of the province address at the Royal Agricultural Showgrounds in Pietermaritzburg on Wednesday‚ Mchunu made it clear that the province will not support any moves to undermine traditional leaders and the Ingonyama Trust on the land issue.

"We wish to make it clear that we will never support any recommendations aimed at undermining the role of our traditional leaders on land issues‚ including the Ingonyama Trust‚" he said.

Mchunu's remarks were in response to the recommendations made by the high-level panel headed by former Kgalema Mothlanthe that the Ingonyama Trust Act be repealed or amended.

EFF to present draft resolution on land expropriation in Parliament

EFF leader Julius Malema will on Tuesday lead a motion on expropriation of land without compensation in Parliament.
News
4 years ago

The Ingonyama Trust administers 2.8 hectares of land in the province on behalf of Zulu King Goodwill Zwelithini‚ who is its sole trustee.

But its future now hangs in the balance following the panel's recommendations‚ which have incurred the ire of the Zulu monarch‚ the architect of the Ingonyama Trust Act and IFP leader Mangosuthu Buthelezi‚ and traditional leaders.

Mchunu said as a province deeply affected by the panel's findings‚ they will have to engage the minister of rural development and land reform on matters relating to KZN to assist in finding solutions to this issue.

He also revealed that the province will hold a land summit this year to engage relevant stakeholders and roleplayers on matters of land management and land utilisation.

Mchunu's remarks on the Ingonyama Trust follows King Zwelithini's call on Tuesday for Zulus to rise and defend their land from being taken away from them.

In an emotional speech at the official opening of the KZN legislature‚ the Zulu monarch described the land as the "soul" of traditional leadership and vowed they will defend it all costs.

He said he will be assembling a team of retired judges to take Mothlanthe's panel head-on in a bid to defend the land under the trust.

The king also implores all Zulus to donate R5 or more to help him mount the legal challenge "as this was not his battle alone but for everyone who lives under the Ingonyama Trust land”.

A mass meeting of izninduna (headmen) is also scheduled for next month to discuss this issue and this will be followed by a series of community meetings.

The king said the issue of Ingonyama Trust must be resolved once and for all this year to avoid Zulus taking up arms to defend what is rightfully theirs.