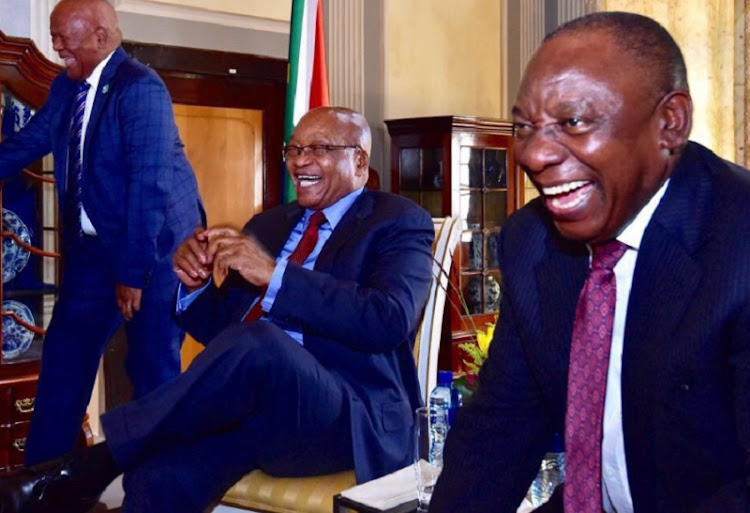 The event was held at Tuynhuys in Cape Town.

In attendance at the cocktail were ministers and deputy ministers.

These were the first pictures of Zuma to be shown since he stepped down from his presidential seat last week.

ANC branch leaders in KwaZulu-Natal have expressed their unhappiness over the decision to recall former president Jacob Zuma.
News
4 years ago

ANC leader Nkosazana Dlamini-Zuma has denied reports that she wants to resign from parliament as an MP.
News
4 years ago

We bid farewell to Jacob Zuma with all the memes he left behind.
S Mag
4 years ago

How did one man get away with so much for so long?

The president who bobbed and weaved past one political scandal after another finally took a knockout punch last week.
News
4 years ago

Ramaphosa must rid Cabinet of those who propped up Zuma: Maimane

President Cyril Ramaphosa should demonstrate his commitment to what he said on Friday night during his state of the nation address by getting rid of ...
News
4 years ago
Next Article