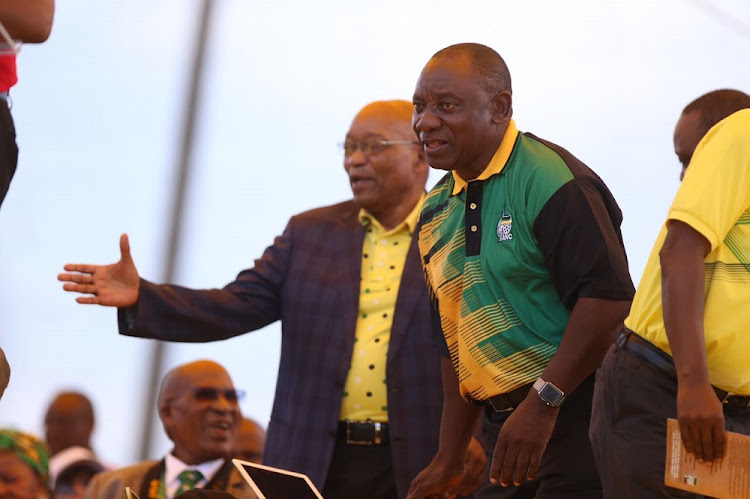 ANC president Cyril Ramaphosa indicated on Sunday that a decision on President Jacob Zuma’s exit could be within the next day or so.
Image: THE DAILY DISPATCH

Deputy President Cyril Ramaphosa believes the future of President Jacob Zuma will be resolved at the ANC national executive committee (NEC) meeting on Monday in Pretoria.

“We are currently engaged in discussions around the transition to a new administration and specifically the position of the President of the Republic‚” Ramaphosa said.

“Because our people want this matter to be finalised‚ the national executive committee will be doing exactly that.”

Ramaphosa said successful resolution of the issue around the presidency had significant consequences for South Africa and the ANC.

His comments follow news earlier on Sunday that the ANC NEC has been summoned to an urgent meeting in Pretoria on Monday.

Ramaphosa said it was important that the discussions were handled with care and purpose “ensuring that we place the interests of the South African people first”.

“The key objective is uniting our people.”

Ramaphosa spoke on Sunday at the Grand Parade in Cape Town. He addressed the crowd outside as part of celebrating 28 years since Nelson Mandela was released from the Victor Verster Prison and delivered his first speech as the newly-elected ANC president at the Grand Parade.

Ramaphosa said they would draw on Nelson Mandela’s wisdom.

“For him a necessary condition for the unity of South African people was the unity of the African National Congress.”

“We will at the same time continue to resist any form or attempt to capture our state institutions for the self-enrichment of a few. We know that Nelson Mandela would have been against the capturing of the institutions of our country.”

Ramaphosa added that the ANC would also work to rebuild the confidence of the nation and credibility of state-owned institutions.

“We will rebuild the confidence of our people in public institutions and restore the credibility of those elected to serve in those institutions. Our SOEs will manage the assets of our people.

“No single SOE will work or operate in the interests of individuals or certain families. That we will make sure of.”

During Cyril Ramaphosa’s Mandela centenary address, the deputy president indicated the ANC would come to a conclusion on Zuma’s position as president of the country.