Mbalula fired up by arrest of Eastern Cape drug lords 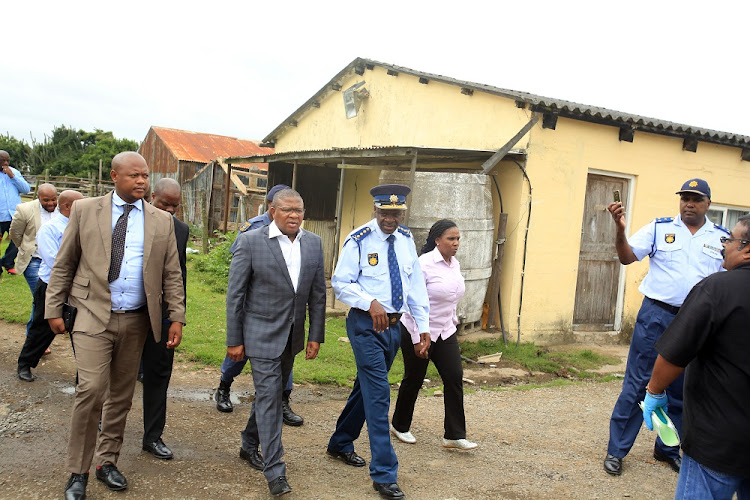 In one of the biggest drug trafficking cartel busts in the Eastern Cape‚ the Hawks‚ SAPS and the Crime Intelligence Unit (CIU) have arrested five drug lords following a 13-month investigation.

Police Minister Fikile Mbalula‚ who visited one of the crime scenes on Thursday morning‚ declared war against drug traffickers.

The suspects‚ who may not be named until they appear in court‚ were arrested at 3am on Thursday in what was described by the Hawks as a focused takedown.

The suspects‚ described by Mbalula as “prominent” and “well-respected” in society‚ were arrested while they were sleeping at their homes in Berlin‚ Peddie‚ King William's Town and Port Alfred.

The five are alleged masterminds of a drug trafficking network that had been operating in the Eastern Cape for a long period.

One of the suspects in the morning bust includes a well-known Berlin farmer who was arrested at his Rocklands Farm in Berlin. In an interview at the grounds of Rocklands Farm‚ Mbalula praised his troops and said he wanted to go after all the kingpins throughout the country.