Mbalula promises Kagiso community he will deal with corrupt cops 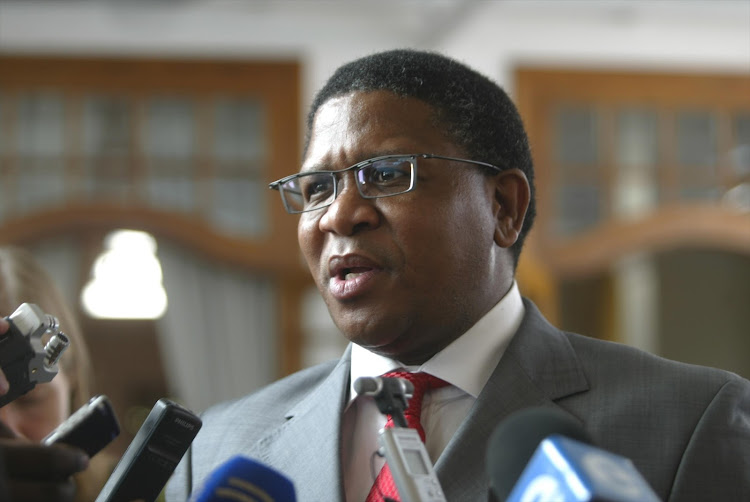 Police Minister Fikile Mbalula has made a promise to the community of Kagiso near Krugersdorp on the West Rand to clamp down on corrupt police officials who are colluding with alleged Nigerian drug lords.

Police Minister Fikile Mbalula has made a promise to the community of Kagiso near Krugersdorp on the West Rand to clamp down on corrupt police officials who are colluding with alleged Nigerian drug lords.

Speaking to hundreds of community members at a local soccer stadium‚ Mbalula said he couldn't stay in his office while the community had visibly expressed their frustration with the illegal activities in the area.

"We are attracted to this place because if we've seen and what has been reported where there is a community uprising and normally when things like these happen‚ we disappear and we are not found anywhere and I'm moved by the genuine concern of the community‚" said Mbalula.

"We have just launched Operation Fiela in Johannesburg and I made an appointment to come and see the community here and hear what their concerns about the police [are] before I blame them for taking the law into their own hands so that I act... I must stamp the authority of the state to ensure that the rule of law prevails in this country‚" said Mbalula.

Operation Fiela phase two will run for a year and has three objectives; which are to arrest suspects‚ remove criminals and close down the places from which they operate. It's progress will be revaluated.

Police have fired rubber bullets and teargas at the protesting group‚ believed to be from Kagiso and Munsieville.
News
3 years ago

Mbalula’s remarks come after the community members of Krugersdorp‚ Kagiso and Munsieville demonstrated on roads and torched houses which they say are being used as drug dens and brothels.

Several properties were also raided by angry community members in search of any girls being kept against their will.

"If our police are not assisting society who must fix it?" Mbalula asked.

"It is me‚ the general [Khehla Sitole‚ national police commissioner] and the police. These poor people cannot just wake up and take to the streets and we don't understand what are their concerns‚" added Mbalula.

The minister said these drug dens‚ no-go areas and corruption within the policing unit‚ must be thoroughly dealt with because they make society feel uncomfortable when they should feel free and safe.

He pleaded with the community to give him a week to get to the bottom of these allegations and come back with feedback.

The situation remains calm at the moment but several shops are closed in fear of looting.