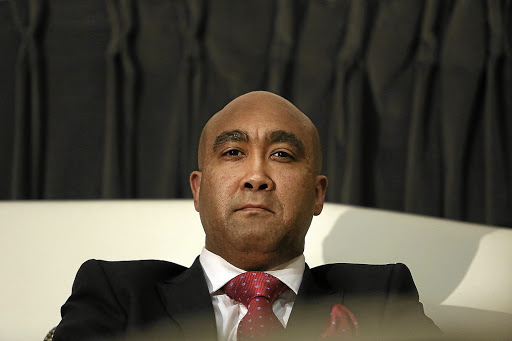 I was not pressured by threat of litigation to secure preservation orders: Abrahams
Image: ALON SKUY

The National Prosecuting Authority says it did not secure preservation orders against Gupta-linked businesses implicated in state capture under pressure from its own people and the secretary general of the SA Federation of Trade Unions‚ Zwelinzima Vavi.

The NPA was responding to a report in the Sunday Times that NPA boss Shaun Abrahams only agreed to pursue the Guptas and their business associates when threatened with court action late last year.

“The NDPP was not forced by threats of legal action to give a go-ahead on the preservation orders. AFU officials derive their powers from the NDPP‚ they can only file papers once he has authorised them to do so. In respect of McKinsey the papers were settled on the 12th of December and the NDPP authorised them to file on 13 December 2017. That dispels any notion that he waited for the ANC elective conference before instituting the proceedings‚” the NPA said in its response to the Sunday Times story.

Last week‚ the AFU executed two preservation orders‚ one against McKinsey and Trillian and the other against the Guptas and their companies.

The Sunday Times report said there were repeated requests from the Asset Forfeiture Unit (AFU) for Abrahams to act on the family which were ignored until his own staff threatened to take him to court.

The AFU itself was given an ultimatum by Saftu to expedite legal proceedings on state capture or face litigation.

Abrahams appeals court ruling on his appointment as NPA head

Just a day after President Jacob Zuma filed court papers to appeal the decision of the high court in Pretoria‚ which found him to be too conflicted ...
News
4 years ago

The Sunday Times said that Saftu wrote to the NPA late in November demanding that the AFU freeze the assets of the Guptas and their associates on the basis of allegations of fraud‚ theft‚ corruption and money laundering relating to deals at Eskom and Transnet.

It added that close sources revealed that Vavi and lobby group the Organisation Undoing Tax Abuse had presented a document to the AFU and had placed significant pressure on the unit to act.

In its court application last month‚ the AFU asked the judge to appoint a curator to preserve property worth R1.59-billion‚ the total amount of suspect payments made to McKinsey and Trillian by Eskom.

These payments were paid over six months in two tranches. MicKinsey received R1-billion and Trillian the rest.