No bail yet for KZN midlands farmer accused of killing mourner 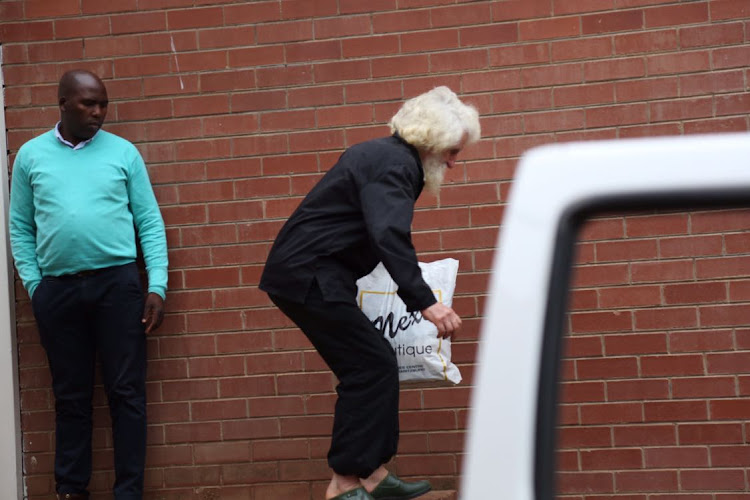 Murder accused farmer Philip Solomon will remain in Pietermaritzburg’s New Prison for another week with his bail application expected to continue next week.

Solomon‚ charged with murder and attempted murder‚ began his bid for bail in the New Hanover Magistrate’s on Tuesday.

He was arrested on December 31 after he shot dead a mourner at a funeral‚ Mothiwa Ngubane.

The funeral had been held on a family homestead situated on his Cramond farm. Solomon had seemingly tried to stop the burial which led to a heated argument and culminated in the death of Ngubane‚ who was shot three times.

In his bail application‚ Solomon detailed how he had acted in self defence after a group of mourner’s “advanced” on him.

On Wednesday he was again remanded in custody when the matter was adjourned.

Tensions were high outside the New Hanover Magistrate’s Court in KwaZulu-Natal on Tuesday 9 Jan 2018 as protestors gathered for the bail hearing of Philip Solomon, who allegedly shot and killed a ...