KZN farmer accused of murder says he acted in self defence 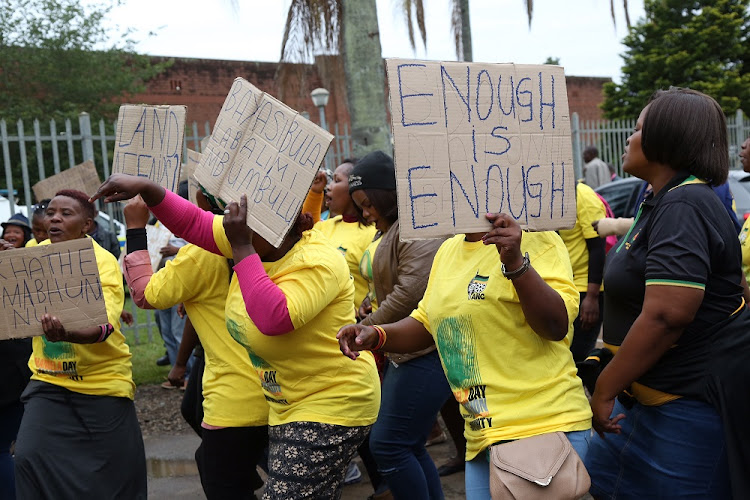 People protesting outside the New Hanover court where Philip Solomon is appearing for the alleged rd murder of a mourner on his farm.
Image: Jackie Clausen

Murder accused farmer Philip Solomon had been acting in self defence when he shot his former employee‚ Mothiwa Ngubane‚ at a funeral on his farm in Cramond in KwaZulu-Natal ten days ago.

This was alleged in the New Hanover Magistrate’s court on Tuesday when the 65-year-old applied for bail. Solomon said that he was a victim more than a perpetrator‚ and that he had acted in defence of his own life.

Longstanding tensions between Solomon and the Lembethe family culminated in the death.

In support of his bid for bail‚ Solomon submitted a statement which was read into the court record.

It detailed his personal account of the events which led up the shooting‚ including that he had been trying to protect himself.

He said that his relationship with the Lembethe family had soured over decades‚ and that they had moved their homestead to its current position without permission.

Tensions were high outside the New Hanover Magistrate’s Court in KwaZulu-Natal on Tuesday 9 Jan 2018 as protestors gathered for the bail hearing of Philip Solomon, who allegedly shot and killed a ...

Farmer in custody after funeral shooting

It was previously reported that police had detained him at the scene of the shooting.
News
4 years ago

He said that on the day of the shooting‚ he’d heard a lot of noise coming from the homestead‚ and decided to investigate.

On arrival he saw between 50 to 100 mourners‚ many of whom he did not know.

“I decided to stop the funeral from proceeding further and told the crowd to go...initially they acceded and then they became hostile‚” he said in his statement before court.

He said that he was assailed with a barrage of threats by the “hostile” crowd.

“I tried to back away from the group...I backed up into a bush and I couldn’t retreat any further and I could not escape‚” he said.

He said that he had grabbed his handgun as Mothiwa and others advanced on him.

“Both of his [Mothiwa’s] hands were on me when I pulled the trigger. I was afraid of what would happen as he lunged toward my firearm‚” Solomon said.

“I am the victim...attacks on farmers are particularly prevalent.”

His bid for bail continues.

“These folks were also there getting drunk‚ provoking us and making racist remarks."
News
4 years ago
Next Article