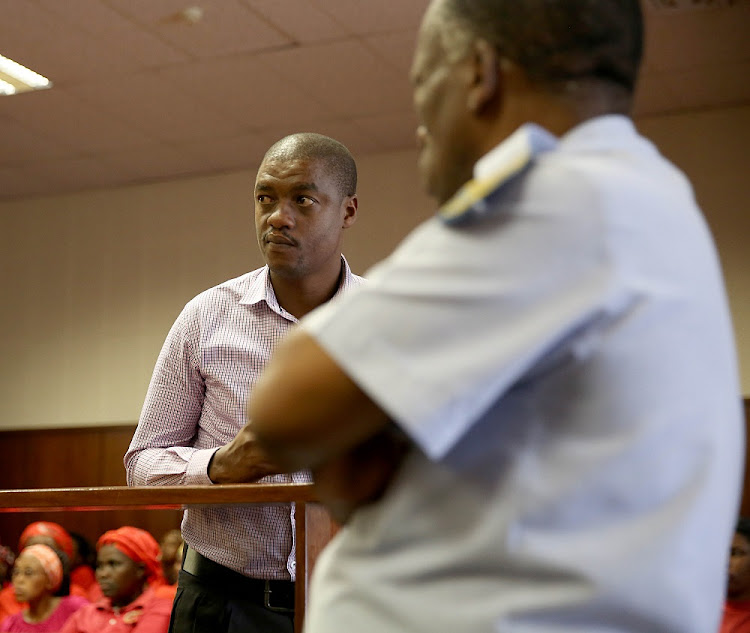 Phumlani Ndlovu January 4, 2018: Phumlani Ndlovu in Durban Magistrate Court, he was guilty of shooting to death 17-year-old Nqubile Nzuza on September 30‚ 2013 during a housing protest organised by Marikana Land Occupation‚ under the banner of the Abahlali baseMjondolo shack dwellers’ movement.
Image: THULI DLAMINI

The family of 17-year-old Nqobile Nzuza‚ who was shot dead by a policeman during a 2013 housing protest in Cato Manor near Durban‚ will have to wait a bit longer for justice.

Magistrate Anand Maharaj was‚ however‚ forced to adjourn proceedings after several witnesses‚ expected to testify in mitigation and aggravation of sentence‚ failed to arrive at court.

The Cato Manor policeman opened fire on a group of protesters who were running away from him and his colleagues.

Ndlovu has denied throughout the trial that the bullet that hit Nzuza in the back was fired from his gun despite ballistic evidence proving the contrary.

Sporadic skirmishes between police and members of the Abahlali baseMjondolo Shack Dwellers movement continue in Cato Manor with the latter crying ...
News
3 years ago

Social Worker Innocentia Shiba‚ who compiled a pre-sentence probation report for Ndlovu‚ said that the policeman had always maintained his innocence during their consultations and had been unwilling to accept responsibility for his actions.

“The accused stated that he did not point his firearm at the deceased but rather fired a shot into the ground.”

She recommended that Ndlovu be sentenced to a term of imprisonment.

The court will continue with sentencing proceedings next week.