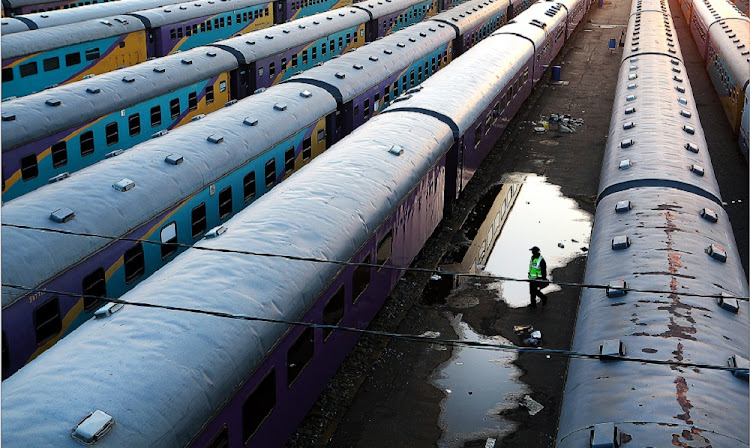 This picture is being used for illustrative purposes - A man inspects the Shosholoza Meyl trains, parked under The Nelson Mandela Bridge, in Johannesburg.
Image: ALON SKUY

Approximately 100 people have been injured after a Shosholoza Meyl train derailed between Hennenman and Kroonstad in the Free State on Thursday morning‚ according to emergency services.

The train was travelling from Port Elizabeth to Johannesburg‚ carrying many holidaymakers on their way home. Meiring said the train‚ a truck and a car were involved in the incident.

The route connects the Eastern Cape to the Free State and Gauteng.
News
3 years ago

Maroela Media reported that Tiaan Esterhuizen‚ a passenger on the train‚ said the incident had occurred around 9.15am.

“We were in the restaurant section of the train eating breakfast when we felt a jerk and soon after the train came to a standstill‚” he is quoted as saying.

“Some of the people told me afterward they heard the train blowing its horn for a long time before the accident happened.”

He said that many paramedics‚ firefighters and ambulances were on the scene.

“We took the train because we thought it would be safer than being on the roads.”